During these last few weeks, Hollywood spoiled us with tons of delicious goodies. I took a look at the most promising ones and decided to share my thoughts and expectations. Are you ready? Here we go.

Rogue One: A Star Wars Story

First off, the freshest one. I really can’t wait for the Star Wars spin-off for many reasons: Gareth Edwards directs it, it tells an important story from the Star Wars lore and it’s a first cinematic spin-off of the series. The latest trailer for the movie reveals more about the plot and the characters, while also offering some eye-winks to the fans.

First, we learn a little bit about Jyn Erso, the central character, and her father (Mads “Hannibal” Mikkelsen!) who turns out to be the designer of Death Star. And there’s a first snippet of Ben Mendelsohn’s evil Orson Krennic. Mendelsohn is a fantastic actor (you know that if you’ve watched Bloodline) and you definitely can feel it here too. It only takes a moment of him standing there and looking ominous, to feel this kind of shivers down your spine.

Then, we see a sequence in which Jyn is rescued from the Empire – a nice throwback to the New Hope’s rescue of princess Leia. On the other hand, it takes away a little bit of independence that Jyn seemed to have in the previous trailers.

One of the most powerful shots in the video is the one that comes next, which is a fallen monument of a Jedi. Looks brilliant.

Coming back to the story: we then see Jyn’s recruitment and her companions (together with a new droid voiced by Alan Tudyk!), going together on the mission to get the designs of the Death Star. And here’s another thing that troubles me, because it seems that Jyn’s main motivation for joining the mission is to save her father. Of course, Star Wars have always been about family, but why does a girl’s motivation always has to be a man? Can’t Jyn, you know, rebel because it’s rebellion, like she said in the previous trailer?

But enough with my inner feminist, let’s get back to Ben Mendelsohn. Isn’t he fantastically scary, talking about the immeasurable power? Why do I have a feeling that he will meet a bad end?

Also, there’s a first snippet of Vader! That’s right, the iconic masked villain with breathing problems will make his big come-back in the movie – another reason to wait for it impatiently.

And, for the last part, we have some action sequences (and Clone Wars’ Saw Gerrera, played by Forest Whitaker) paired with Jyn’s motivational speech that serves as another throwback to New Hope – she says the most powerful weapon the rebellion has is simply hope. We a know who this hope turns out to be, right?

OK, that’s enough of me geeking out over Star Wars. Let me just repeat: I can’t wait for the movie.

Pirates of the Carribean: Dead Men Tell No Tales

This one is really short, but gets extra points for featuring a seriously creepy version of the iconic song from the series, and Javier Bardem as even creepier Captain Salazar. And then there’s this new protagonist played by Brenton Thwaites, who might as well turn out to be the son of Orlando Bloom‘s Will Turner (who’s also slated to return). For a teaser, this one is certainly teasing, and making you hyped for the actual movie. At least I know I am.

Even if you are a fan of the original mashup of Japanese Sentai series and some original American ideas, you have to admit that Mighty Morphin Power Rangers are hardly watchable today (unless you’re a fan of camp and the repeatable structure of the episodes). However, it looks like the new cinematic movie will be the exact opposite of the series: more serious (though not without moments of lightness), more edgy and, well, more for the contemporary audience.

The teaser trailer promises a story about troubled teenagers (and I’m talking Troubled with capital T), who, because of their troubles, get really close and then get into another troubles. But enough with bad puns. Let’s get down to business.

I love how the teaser brings the characters forth (and they seem a lot more fleshed out than their TV counterparts), suggesting that it will be a very character-driven story. I also like this sort of The Breakfast Club vibe at the beginning. And then it gets even more interesting with the idea that the morphers they find (by basically breaking the law) give them powers even before they morph. And with great power come… great troubles. But also fun, as we see the Rangers-To-Be jumping over a huge precipice, diving and morphing (sort of). And there’s also a snippet of Rita Repulsa, though I prefer her campier incarnation. And although previous materials suggested that female Rangers will get high heels and boob plates (not only sexist but impractical) I can turn a blind eye to that, because that teaser really hooked me on. I hope the movie will be at least as good.

That’s what I’m calling a great teaser. You get one actor, who breaks the fourth wall and talks about the series, trying to pique your interest by warning you not to become interested. And then there’s the voice of Neil Patrick Harris heard from somewhere in the studio. I’m totally sold on this.

Now, this one too is very short. And, to my eye, it has only one new scene: the final one, with dr Harleen Quinzel. But what’s more important is the fact that we will get an extended cut of the movie (which will probably flesh Harley Quinn’s story in greater detail), just like we got an extended (or ultimate) cut of Batman V Superman. I hope it will fix some of the problems with the original, especially the ones in the first act. And I hope it’s the last extended cut of a DC movie. Warner Bros. needs to get the full versions to the cinemas, where they belong.

Justice League Behind the Scenes Featurette

The last one is not technically a trailer or a teaser, but a featurette, showing off some of the Justice League action from behind the scenes, where it’s all green-screeny and fun. We get to see how some of the scenes where shot (though don’t get too keen on finding hidden messages) and to watch the cast and crew having a really good time on the set. It’s really reassuring to see how much good energy there was – I’m sure it will translate to a movie that is positive and full of fun. I mean, how could it not, when you have Jason Momoa having his Aquaman trident fall from his hands and then him stealing a sword from Gal Gadot’s Wonder Woman to everybody’s amusement? 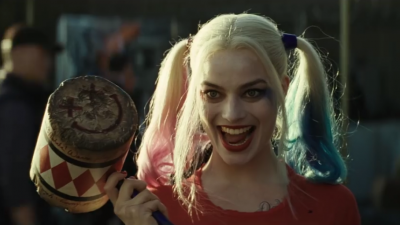