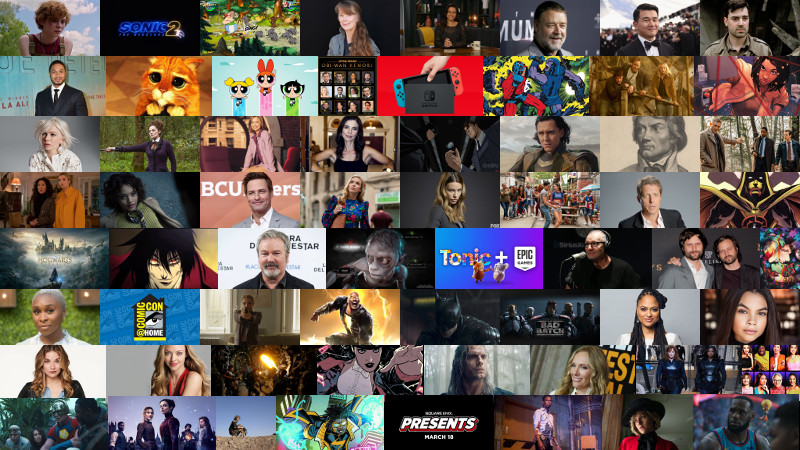 One of the most talented actresses of recent times, Cynthia Erivo, is set to portray the Blue Fairy in Disney’s live-action “Pinocchio”, The Wrap reports. Additionally, Benjamin Evan Ainsworth will voice the title character of Pinocchio, Joseph Gordon-Levitt will voice Jiminy Cricket, Keegan-Michael Key will voice Honest John and Lorraine Bracco will voice a new character Sofia the Seagull. Hopefully, the new adaptation will be a creative reimagination of the source material worth seeing, because a cast like this deserves a great project.

Polish director Paweł Maślona (“Panic Attack”) will helm a picture about Tadeusz Kościuszko, a Polish military leader who also took part in the American Revolutionary War. The film has received Polish Film Institute’s funding and will be produced by Aurum Films (“Corpus Christi”) who, according to Variety, is searching for international production partners and is eyeing the start of filming in 2022. The story will focus on Kościuszko’s return to Poland after the American Revolutionary War, where he starts a national uprising against the Russian Empire.

Ariana Greenblatt has joined Eli Roth’s “Borderlands” adaptation as Tiny Tina. She will star opposite the impressive cast of Cate Blanchette, Kevin Hart, Jamie Lee Curtis and Jack Black. I am so excited — it looks like this is going to be a good year for video games adaptations. Who knows, maybe they’re the next big thing after superhero films?

Sissy Spacek and Ed O’Neill will star in “Lightyears” — the upcoming Amazon’s series. They will play Irene and Franklin York, a couple who, years ago, discovered a mysterious chamber buried in their backyard. The chamber is in reality a doorway to a mysterious deserted planet. They have kept its existence in secret ever since but suddenly a young man enters their life and complicating the matter. Sounds like my thing and I just love this is going to have older people as the leads.

Sarah Cooper, a comedian who came to fame thanks to her TikTok lip-sync spoofs on Donald Trump’s speeches, will have a series inspired by her book, “How to Be Successful Without Hurting Men’s Feelings”. Cooper will co-write the pilot episode with showrunner Cindy Chupack for CBS. The show will tell the stories of three women and their careers at a male-dominated company. Sounds like something I might get into.

Epic Games is a bit of a mixed bag for me. On one hand, their idea of being more studio-friendly when it comes to financial arrangements is commendable. On the other, however, their monopolistic inclinations are worrisome. Last week, the corporation announced its acquisition Tonic Games Group, the creator of “Fall Guys: Ultimate Knockout” and I can’t help but wonder if I should be mildly anxious or scared to the core.

Following the many Harry Potter controversies — J.K. Rowling being a transphobe and “Hogwarts Legacy’s” lead developer an alt-right gamergater — Warner Bros. Interactive Entertainment and Avalanche Software are doing everything to save their images (and money). So, to address the (TE)R(F)owling controversy, they will allow transgender characters in their latest game. According to Jason Schreier, players “will be able to create a character that has a masculine or feminine voice no matter what their body looks like […] Players will then get to select one of two options — “witch” or “wizard” — that will determine the dorm they get placed in at the magical school of Hogwarts and how they are addressed by other characters in the game”. That’s a great step for inclusivity if you ask me, and a feature I, as a nonbinary person, still miss in many games.
Now, about this alt-right guy. Troy Leavit has announced he parted his ways with Avalanche Software, thus leaving the Harry Potter game. See the statements below.

1. I have made the decision to part ways with Avalanche Software. I have nothing but good things to say about the game, the dev team, and WB Games.

2. I will be releasing a YouTube Video about this soon on my channel.

To clarify: I felt absolutely secure in my position. However, I still wanted to resign for reasons that I will explain in that forthcoming video . I’m in excellent spirits and very pleased with my relationship with WB and Avalanche. 😄👍

While these are all steps in a good direction, I’m still conflicted about “Hogwarts Legacy”. But that’s perhaps a story for another article.

Good news: there’s a new “Alien” game coming. Bad news: it’s not a sequel to “Alien: Isolation”. Instead, we’ll be getting a co-operative shooter titled “Aliens: Fireteam”. Here’s the trailer:

Alain Chabat will return to the world of Asterix. This time, he’ll direct a 3D animated series for Netflix. The series will be based on “Asterix and the Big Fight” and is set to debut in 2023. Chabat’s sense of humour and the Asterix comics are a perfect match as evidenced by his previous venture into the Gauls’ world in “Asterix and Obelix: Mission Cleopatra”. Hopefully, he’ll bring the same kind of energy to the project this time too.

Speaking of “Asterix”, there’s a new 2D platformer featuring the mighty Gauls in the works. Here’s the trailer (which hits you right in the nostalgia).

Ridley Scott wants Jodie Comer to play Josephine in his Napoleon Bonaparte bio-film “Kitbag”. Comer is an absolutely fantastic actress but the choice is a bit problematic since Josephine is supposed to be a few years older than Napoleon. He will be played by Joaquin Phoenix who’s almost 20 years older than Comer and it begs the question: can Hollywood maybe also hire a bit older actresses in lead roles?

New week, new “Dungeons & Dragons” news. This time, Hugh Grant and Sophia Lillis have joined the impressive cast and it looks like Grant is going to be the villain! Fantastic.

Ray Fisher is unyielding in his fight against the culture of abuse and racism within Warner Bros. This time, he took to Twitter to detail his experiences with Geoff Johns and it all seems really disturbing. Read it all below.

According to Bloomberg, the anticipated new version of Nintendo Switch will feature 7-inch, 720p-resolution OLED screens. Not such a great upgrade but then again, Nintendo’s strength isn’t necessarily hardware.

Netflix has released the trailer for “Thunder Force”, a superhero comedy with Melissa McCarthy and Octavia Spencer.

Matthew Sato, Emma Meisel and Ronny Chieng have joined Disney+’s remake of “Doogie Howser”. This reimagined version will follow Lahela “Doogie” Kameāloha (Peyton Elizabeth Lee), a 16-year-old mixed-race girl who juggles a budding medical career and life as a teenager. The series will be set on Hawaii and titled “Doogie Kameāloha”.

Derek Kolstad, the screenwriter behind “John Wick”, will work on a live-action adaptation of the “Hellsing” manga. I don’t want to be a party-pooper but I’ve got a bad feeling about this.

The Duffer brothers (of “Stranger Things” fame) and Steven Spielberg will adapt Stephen King’s “The Talisman” as a series for Netflix, Deadline reports. That’s the project that certainly suits their creative sensitivities so it would be interesting to see the effects.

A film about Stefan Bertram-Lee, a British-born non-binary millennial who, tired of a life that is only lived online, flew to Syria and joined a group of Kurdish freedom fighters, is in the works. The story was described in the article „The Online Left Goes to War”. It’s fantastic that this fascinating story will be translated to the big screen, highlighting different timely issues and giving representation to non-binary folks.

Kiersey Clemons will reprise her role as Iris West in “The Flash”. The actress previously played her in “Justice League” but was cut in the theatrical version of the film and only recently reinserted in the director’s cut of the film. Additionally, Spanish actress Maribel Verdu will play Barry Allen’s mother — a crucial character for all those who know the Flash lore. Unfortunately, one actor from the previous DC cinematic entries won’t return. Billy Crudup who portrayed Barry’s father dropped out of the film due to scheduling conflicts. Instead, Ron Livingston will take on the role.

Ruby Cruz was cast alongside Ellie Bamber and Erin Kellyman in Disney+’s follow-up to “Willow”. No details are available as to what the storyline is but I’m hoping for a worthy sequel.

DC Comics will release “DC Pride” — an 80-page anthology comic featuring LGBTQIA+ characters across the DC Universe to celebrate the Pride Month. The anthology will come out on June 8th.
Two weeks later, on June 22th, they will also start a new miniseries, “Wonder Woman Black and Gold” to commemorate the character’s 80th Anniversary.

One of my favourite actresses, Toni Collette, will make her directorial debut. She’ll helm the adaptation of “Writers And Lovers” by Lily Kin — a best-selling book about a writer ending one phase of life and starting another. Fingers crossed for the project to turn out exceptional.

Josh Holloway, aka “Lost’s” James “Sawyer” Ford, will reteam with J.J. Abrams for a new show, “Duster”. Variety reports, the series will tell a story of a getaway driver for a crime syndicate. The story will be set in the 1970s and Holloway will star in the main role. Can’t wait!

Michelle Williams is in talks to star in Steven Spielberg’s new film vanity project, which will be loosely based on his childhood in Arizona.

Peacock has given a series order for “Dan Brown’s Langdon”. The series will be based on “The Lost Symbol” and follow young Robert Langdon who must save his kidnapped mentor and solve deadly riddles to prevent a global conspiracy. This sounds like fun, though I must admit that the book was not as good as Brown’s earlier entries in the series.

Warner Bros. has released two new trailers for its upcoming adaptation of Lin-Manuel Miranda’s “In the Heights”.

Disney has released a new teaser for “Cruella”.

With each new video, the film looks more and more interesting — especially compared to most of the generic live-action remakes of the studio’s animations.

Principal photography for Matt Reeves’ “The Batman” has been finished.

Hollywood’s most anticipated sequel finally has got a release date. I’m talking about “Puss in Boots”, of course, which is set to open on September 23, 2022. Can’t wait!

Warner Bros. is developing a film based on the “Hourman” comics, Deadline reports. The adaptation will be written by Gavin James and Neil Widener. While Rex Tyler is probably one of the more obscure characters from the DC Universe, it’s interesting to see the studio reaching for these lesser-known properties and turning them into films. Hopefully, it will pay.

“The Witcher” has added seven new actors to its cast and wrapped season 2 production.

That's a wrap on Season 2! The White Wolf awaits you back on The Continent. pic.twitter.com/SqrAbeelob

Bad news: “Killing Eve’s” fourth season will be its last. Good news: there is a chance for some spin-offs. More Villanelle and Jodie Comer, please!

The production on “Sonic 2” has begun on March 16th.

CW’s “Naomi” — Ava DuVernay’s TV series based on the DC character created by Brian Michael Bendis, David Walker and Jamal Campbell — has found its lead. The title character will be played by Kaci Walfall, a sixteen-year old actress known for her role in “Army Wives”.

Following Nintendo and Sony, Square Enix also made an online presentation of their upcoming games, Square Enix Presents. Here are the highlights: 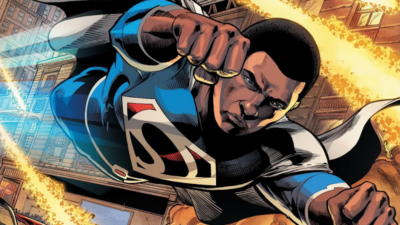