The Passing of A Titan

Stan Lee passed away on November 12th of 2018 and has affected many of our lives. His work helped shape an entire industry. What were once just ideas are now Hollywood blockbusters. It’s a legacy that will never be forgotten.

The respect, love, and admiration spanned far past the comic book industry. Currently, Stan Lee has had 39 cameos in films including Disney’s Big Hero 6 and DC’s Teen Titans Go! To The Movies!, but an unlisted amount of cameos were filmed for future films. Along with the many cameos, Stan Lee has received many awards and accolades which includes a Hollywood Star of Fame.

Born before Edwin Hubble discovered the expanding universe, he ultimately created an expanding universe of his own – one of scientifically literate superheroes such as Spider-Man , The Hulk, Iron Man, & Black Panther.
Stan Lee RIP: 1922 – 2018

Though Stan Lee has achieved much, if it wasn’t for his wife Joan Lee, we wouldn’t have what the Comic Book industry is today; when Stan Lee was contemplating changing careers, it was his wife that encouraged Stan Lee to take risks. It was through this risk that Stan Lee began writing characters with flaws and more relatable human characteristics. Stan Lee faced many challenges and wasn’t just successful from the start. Joan Lee passed away in July of 2017 and were both married for 69 years! May they both rest together in an eternal love story.

“I used to be embarrassed because I was just a comic book writer while other people were building bridges or going on to medical careers. And then I began to realize: entertainment is one of the most important things in people’s lives. Without it, they might go off the deep end. I feel that if you’re able to entertain, you’re doing a good thing.” – Stan Lee

Although Stan Lee has passed, we can be sure that his legacy will live on. The stories of heroism can inspire us to do the same even with small acts of kindness. Stan Lee faced adversity and overcame it. His story is one that many of us can look for inspiration to never give up and keep striving. Stan Lee was a charming and loving man, and his name will carry respect and admiration. Rest in peace, Stan Lee. You will be missed, and you will forever be loved.

Special thanks to Aurora for giving permission to use their drawing of Stan Lee. Their artwork is gorgeous and I hope it takes them to good places in life. Much love from us. You can check out their Twitter and Tumblr. 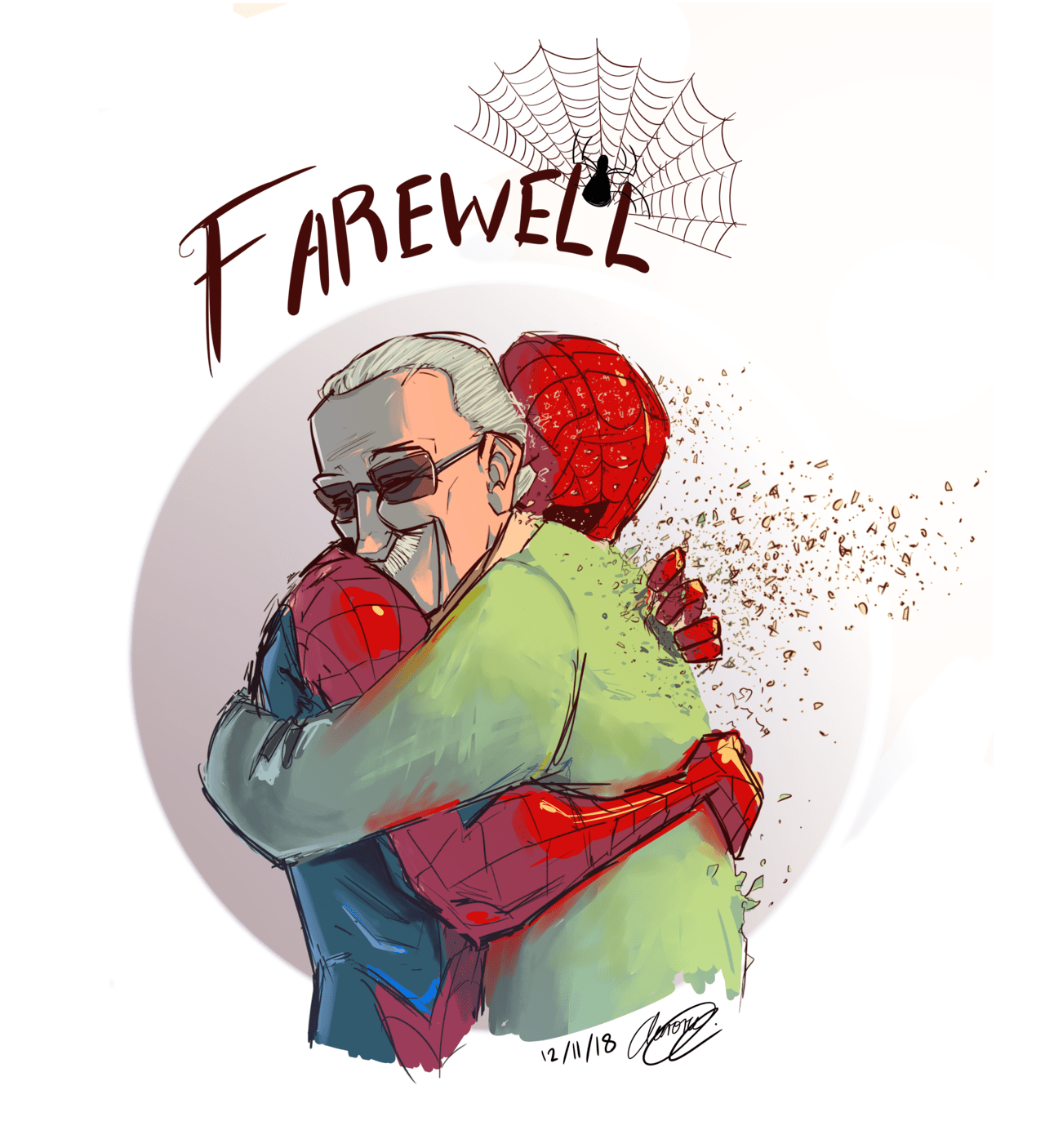