Zootopia, known as Zootropolis in the UK (why?) has finally landed. Yes the much-anticipated movie from Disney has launched for the Easter holidays has drawn fans to the cinema in herds – see what I did there?

Disney’s last outing saw Inside Out meet overwhelmingly positive feedback but was not enough to knock Frozen off the top spot… Zootopia, on the other hand, has financially smothered frozen and also knocked Deadpool off the cinema charts making $73.7 million (from its opening weekend) in North America alone – compared to the frosty $67.4 million made from Elsa and friends.

While it’s unlikely Zootopia will overtake the highest grossing animated movie of all time, it’s still a great achievement and one Disney should be proud of. 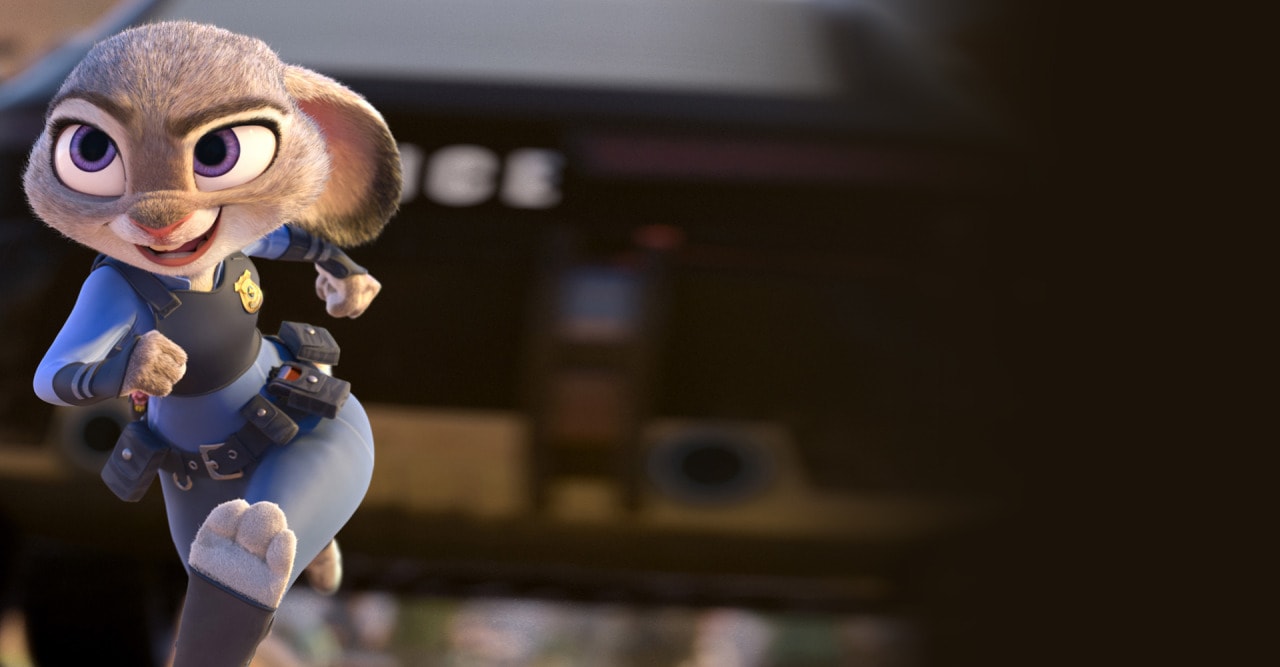 The story centres around officer Judy Hopps , voiced by Ginnifer Goodwin, as the feisty rabbit who craves the excitement of patrolling the streets of Zootropolis, far away from her families carrot farm. This bustling city is place where humans never existed and where predator and prey alike, coexist in harmony, living and working in the big city. Zootropolis is also divided into several different regions perfect for each animals idea environment: There’s Bunny Burrows open countryside, Sahara Square, Tundra Town, and the Rainforest District.

The film, like the city is rich in detail with clever visual puns thrown in throughout. There are many Easter eggs to discover, though some of them will only be seen by those of you with the keenest eyes in a ‘blink and you’ll miss it’ fashion. The whole city was also built from the ground up, in the same style as san-fransokyo in Big Hero 6. In previous Disney movies, many scenes featuring outdoor environments were created almost as set pieces, so you had trouble visualising the whole city or environment. In Big Hero 6, a whole city was designed, including side streets and main streets, even though many of them were never even seen in the final movie. The producers also took this approach with Zootropolis with only one major difference – it’s three times bigger than san-fransokyo… think about this for a minute and you’ll begin to realise why this is getting the reviews it has. 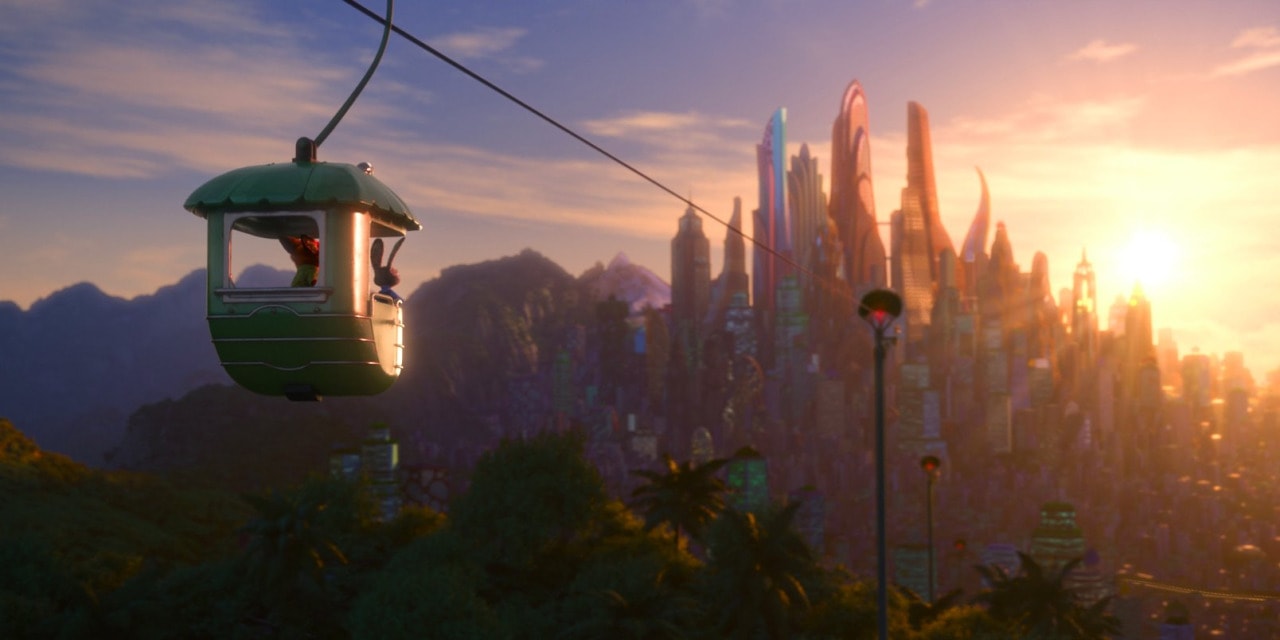 Minor spoilers (click to show)
As the first rabbit on the force Judy has lot to contend with including doubts from her overprotective parents and teachers at the academy. Intent on pursuing her dreams, Judy trains harder than ever, eventually reaching top of her class and moving to the big city.

Sadly her arrival is not met with the greatest of enthusiasm from her fellow officers and she is promptly put on ‘meter maid’ duty despite her pleading that she is more than capable of helping elsewhere.

When a mysterious case of fourteen missing mammals grips the city in fear, Judy inadvertently and unintentionally, gets put on the job of tracking them down. Whilst looking for clues, she happens upon an encounter with sly wisecracking fox, Nick Wilde (Jason Bateman) and thus begins an unlikely albeit reluctant partnership.

In Zootropolis foxes have a bad reputation for being villains and even though Judy is at first misled by a fake ‘nice guy act’ from Nick, as the story progresses she soon discovers the reason he is like he is, told in a tear jerker of a flashback that will have grown men wiping their eyes. 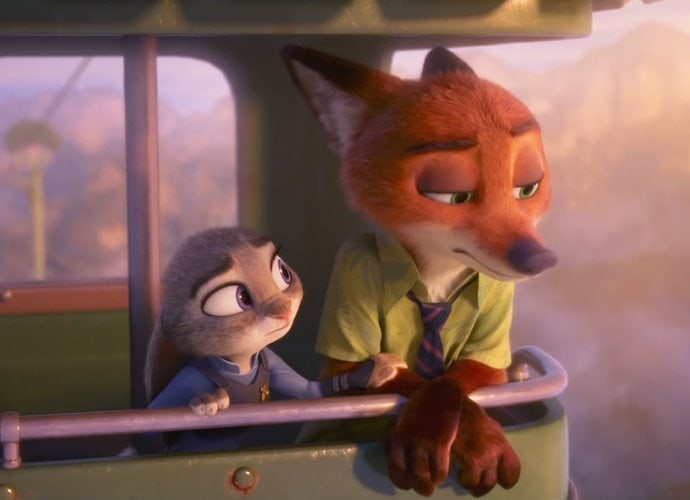 The friendship between Judy and Nick is funny, and touching in equal measures especially as these two animals are meant to be natural enemies and is undoubtedly a big part of the pictures charm. Nick is a street smart lovable rogue whilst Judy is the straight laced law upholding rabbit, yet the two are kindred spirits in a way. Nick has pretty much given up on society the same way it gave up on him, yet throughout the film Judy is the only one to give him any time and learn about who he really is under the facade. At the same time no-one really has any belief in Judy being able to be a ‘proper’ police officer, apart from Nick who sees the determination and genuine heart and love for the job. Despite being polar opposites it’s made clear that these two were meant to find each other. It’s pretty much a perfect pairing without the romance… after years of ‘boy meets girl’ and ‘they lived happily ever after,’ Disney seems to be changing direction a little, whilst giving just enough hints to let you make up your own mind about how things will eventually work out… 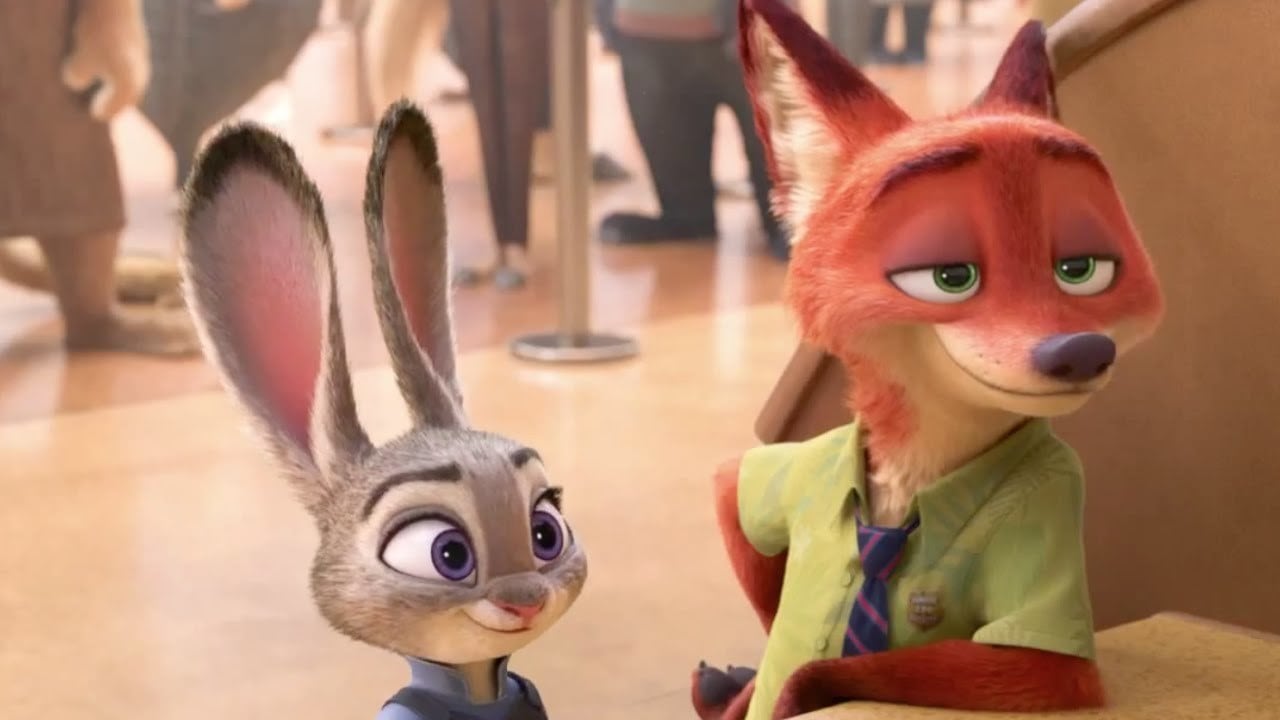 The main thing I liked about the movie was its very topical message of prejudice and how it affects those around us. It would be a huge spoiler to explain how this comes about, but results in a huge twist in the run up to the finale. The nice thing about it is it fits into the plot and does not feel like it’s been crow-barred in unnecessarily. Like everything in this picture it flows naturally. It’s also a great big wake up call for adults as well, even if the message goes over the heads of younger audience members… it’s this that truly makes Zootopia a fun family film for all ages. There’s enough animation and action to keep the kids attention whilst clever adult jokes are hidden throughout. It has a diverse well written cast, rich animation and of course important life lessons that seem to be Disney’s trademark lately. 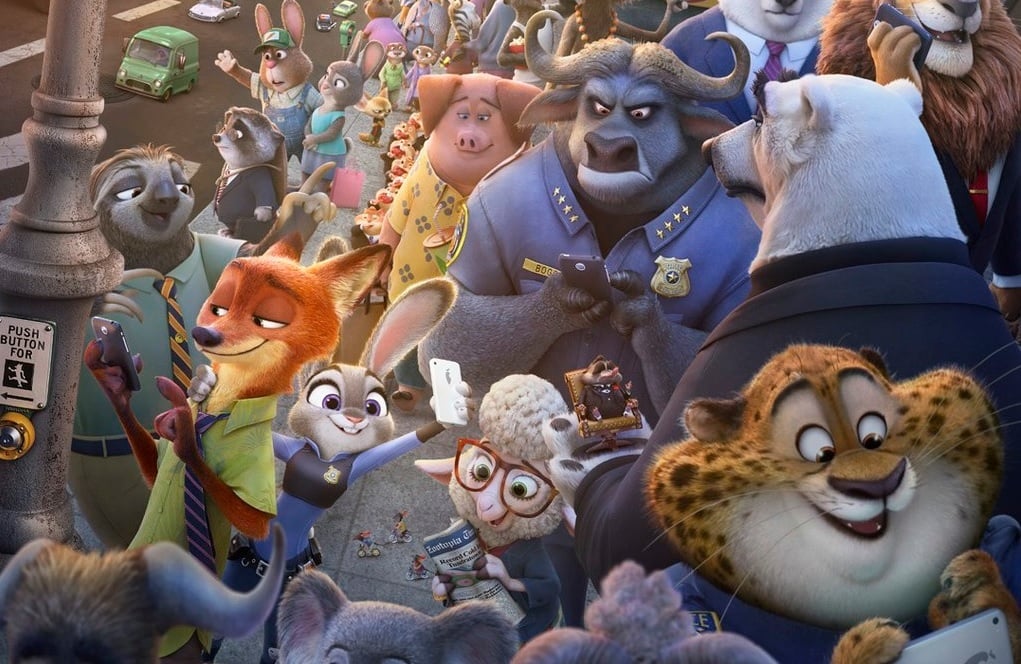 Think it’s safe to say Disney is back! 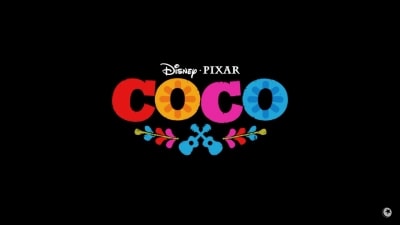 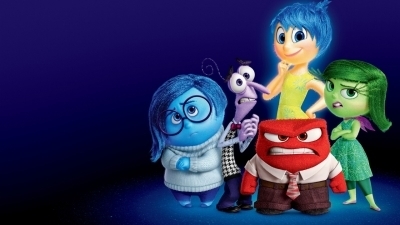