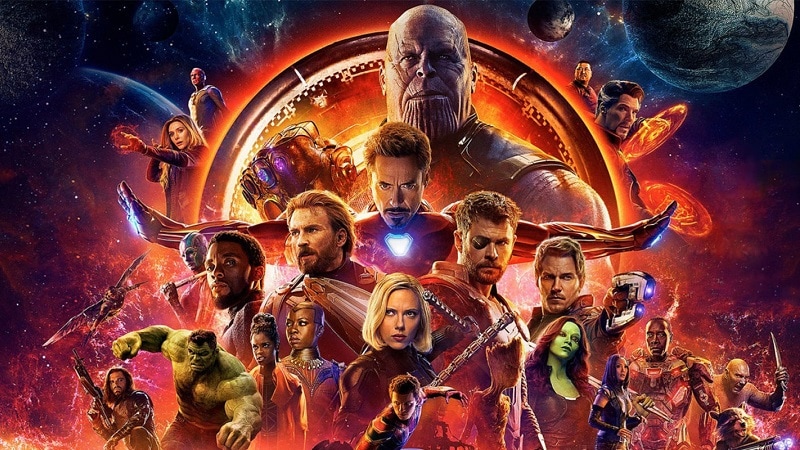 The time has come. All Marvel superheroes, including the Avengers, The Guardians of the Galaxy and others, join forces in one movie, facing the menacing threat of the Darkseid rip-off Mad Titan, Thanos. Named by their not so modest creators the “most ambitious crossover event in history”, it’s a film full of fun, action and awe. But does it go beyond the typical Marvel formula like “The Black Panther” did earlier this year?

Plot twist there, one-liner here, epic fight there, comedy here… OMG, THEY DID WHAT?!

Storywise, “Infinity War” will hit you hard at the beginning and then it will take a little step backwards, feeding you with what the audiences loved about this cinematic universe so far. The further in, the more visual effects heavy fight sequences interrupted by one-liners (some of them work, some of them don’t, but overall the humour serves as a rather nice addition and in most cases, luckily, it doesn’t undermine the tone of the film) and some character moments. And speaking of these moments, they are especially important in developing the villain, who is one of the few well-written antagonists in all Marvel films. Thanos has clear motivations and acts according to a simple logic: in order to end all suffering, half of the universe has to die. He thinks he does a good thing and that’s what makes him interesting.

But, while the villain is fully-developed, the heroes seem a little bit neglected. Of course, they all had had their own films before “Infinity War”, but the disappointing thing is, most of them are stuck in one place, like all the events of the film have absolutely no effect on them (for the most time, at least, but I’ll get there in a moment). To be fair, it is no easy task to write so many characters in a 150-minute film. This was indeed an ambitious feat and, don’t get me wrong, the effect is really good, but at the same time — far from perfect. The uneven balancing of many characters and plot threads is especially visible in the second act, where some of the story bits seem to drag, while others are served too quickly. 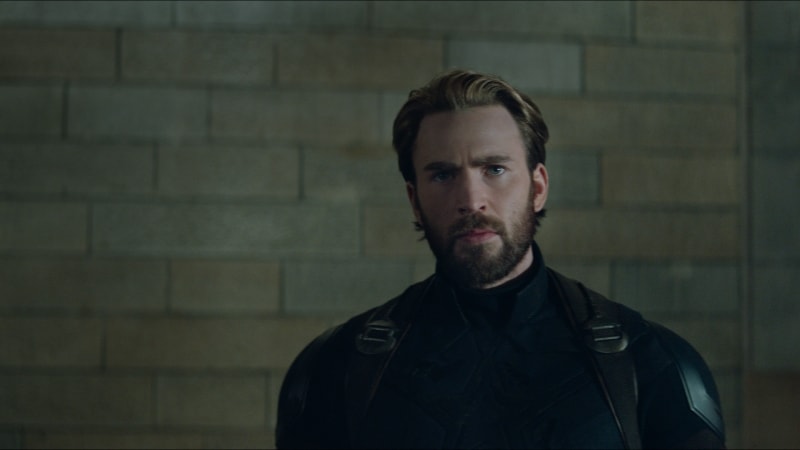 But then, comes the finale and — not to spoil too much — the screenwriters came up with a very audacious ending to the story. Trust me when I say that you won’t expect the outcome of the battle with Thanos. When it hits you, it hits you hard. That being said, after the initial shock wears off, you start to think and realise it’s not that easy to call the ending “absolutely brilliant”. Yes, it does bring out a whole range of emotions and that’s what films — even these meant to be pure entertainment — are supposed to do. But as soon as you think of the studio’s further plans, you realise that the brave story decision might and probably will be undone; that the stakes were not as real as they seemed to be. So, while on one hand, you can definitely feel the emotional heaviness of the finale, eventually that feeling fades off, leaving you with a little: “OK, they got me, but they’re not going through with it, there is gonna be a rewind switch somewhere”. It is not a particularly bad thing, of course, but then again — it’s not ideal.

Has the film got any other flaws in terms of the screenplay? A few. You’ll probably notice some plot-holes (like: Thanos and his henchmen just have to know the name of the planet, to find the location of the Infinity Stones — I mean, planets are big!) here and there, but it’s nothing other superhero films don’t have. The more important issue I have with this film is how it handles people of colour and women: either easily disposing of them or not using their full potential (Pepper Potts, what have they done with you?!). That’s problematic, especially after “Wonder Woman” by Marvel’s rivals and Marvel’s very own “The Black Panther”, the two of which celebrated diversity. “Infinity War” is a step back in that regard. 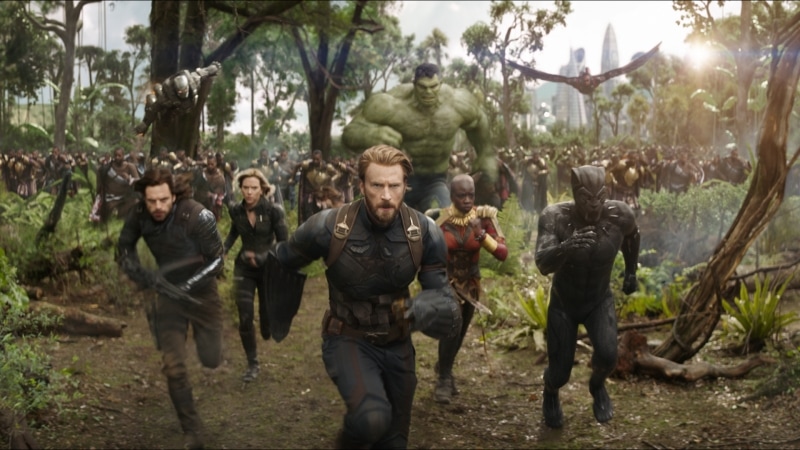 The Russo brothers directed two big Marvel films, which are regarded by many as the best in the franchise: “The Winter Soldier” and “Civil War”. It was natural for them to get the biggest job and succeed Joss Whedon as “The Avengers” helmers. Like their predecessor, who competently mixed action with humour, they do a very decent job of bringing the universe’s mightiest heroes together. „Infinity War” mostly has a good pace (except for these second act bits and pieces) and, overall, it is enjoyable to watch. Although some sequences could be rearranged to better balance the storylines, the editing works great and there are some impressive montages towards the end of the film. When it comes to cinematography, it may be not very innovative, but you can notice some nice ideas here and there (the gradual build-up at the beginning of the film could be one of the most eye-pleasing examples). The fight sequences are full of quite smoothly utilised computer-generated imagery and the big battle towards the end looks really amazing. The score by Alan Silvestri fits the mood of the scenes quite well and there are a few memorable tunes, “The Avengers Main Theme” included. 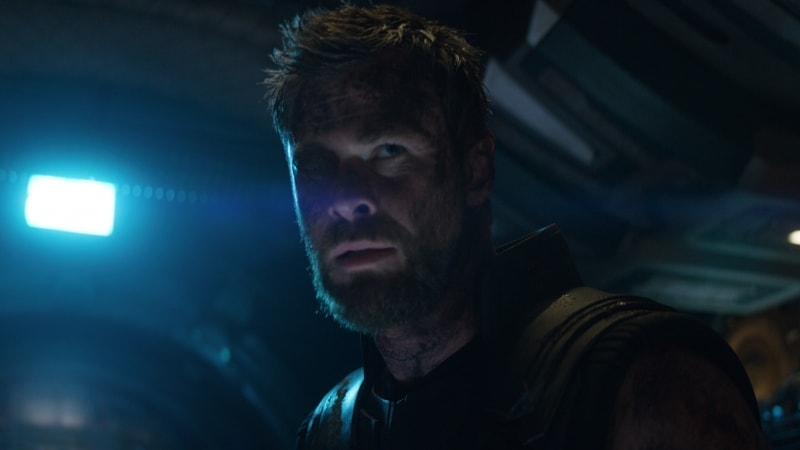 “Infinity War” features such a big ensemble that it is difficult to tell something about every actor in a movie and not write a lengthy book at the same time. I’ll try to cut it short. The most impressive performances come from Josh Brolin, Zoe Saldana and Chris Hemsworth. Brolin brings life to Thanos, making him a character of flesh and bones: three-dimensional and complex. Similarly, Saldana makes her Gamora an incredibly deep, sympathetic character. And if it is about Hemsworth, his Thor has gone through an amazing journey since his first appearance in the MCU and it all is reflected in “Infinity War”, which can be seen as a crucial development point for the character. Hemsworth is well aware of it and gives a compelling performance.

What about the rest of the cast? The likes of Chadwick Boseman, Tom Holland, Robert Downey Jr., Benedict Cumberbatch, Scarlett Johansson, Paul Bettany, Elisabeth Olsen, Chris Evans, Sebastian Stan, Mark Ruffalo, Chris Pratt and… so on, do exactly what you would expect from them. They remain faithful to their established portrayals of the beloved characters and it works really well. 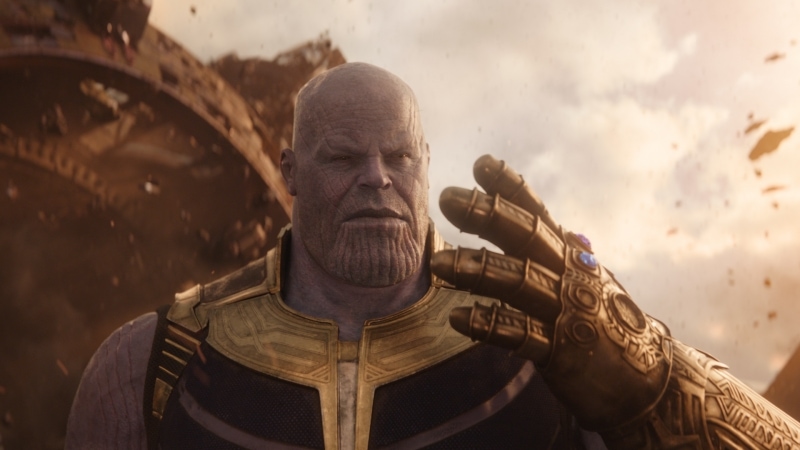 So, is the film worth seeing? If you are a Marvel fan — definitely. Despite some of the story problems, the film will keep you at the edge of your seats to the very end. You will most certainly have a lot of fun and you will leave the cinema wanting more. And even though you may realise that the events in “Infinity War” will probably be undone to some degree, one thing is sure: you will not forget this film for quite some time.