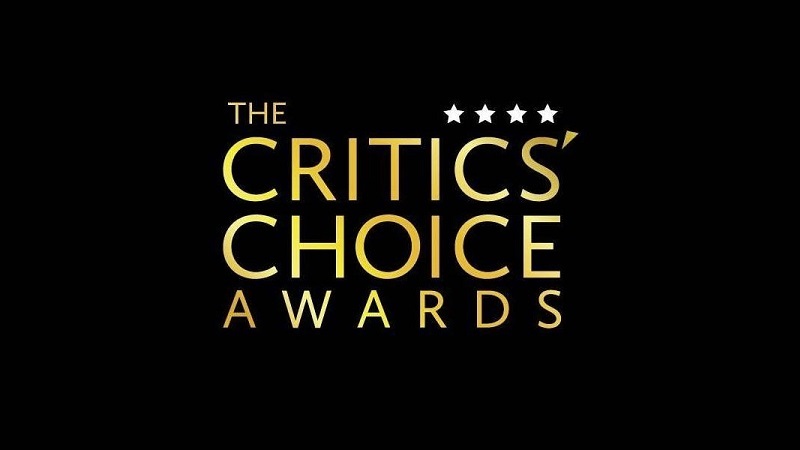 Though I very much wanted to watch Critics’ Choice Awards 2020, my zombie-mode made me pass, and instead of pulling an all-nighter to admire my favourite gala, I chose sleep (is that called adulting?). However, I could not miss the chance to comment on the results of the gala, so the first thing I did in the morning was look up the press release, copy the results and start typing. Here’s what came out of it.

Best film: “Once Upon a Time in Hollywood”

This was a category with some really fantastic films: “Parasite”, “The Irishman”, “Little Women”, “Ford v Ferrari”… I really like Tarantino’s latest flick, but the fact of the matter is: almost each one of the co-nominees was simply better. You can’t help but wonder if it was the magic of Tarantino’s name mixed in with a spoonful of nostalgia that did the trick.

All of the nominated actors had incredible roles, but the one by Phoenix is unique for many reasons (and it’s not fair to say it was just about losing weight or physical transformation because so many more factors went into Phoenix’s work). He is a favourite of this award season and his victory should not come as a surprise.

Again, this is a favourite of this season and you could pretty much tell she was gonna be when they published the trailer. That being said, it’s a pity the other nominees didn’t have a chance. Lupita Nyong’o had the best role of the year in “Us”, Awkwafina is always great in what she does and Cynthia Erivo’s every acting achievement should be applauded. But well, a white actress won.

Best actor in a supporting role: Brad Pitt – “Once Upon a Time in Hollywood”

After the Golden Globes, this is another award for Pitt, and I’m truly surprised he got it. Again: this is a good role, but Pitt doesn’t show here anything he didn’t in his earlier appearances. And if you look at the nominees (Willem Dafoe, Tom Hanks, Anthony Hopkins, Al Pacino, Joe Pesci), you’ll want to ask: “Brad who?”

I’m always happy when Laura Dern is awarded because she’s an excellent actress. I’m also happy that Scarlett “I should be allowed to play any person, or any tree, or any animal” Johansson didn’t get the award. But I’m really sad Jennifer Lopez, who was simply amazing in “Hustlers”, or Zhao Shuzhen (“The Farewell”) didn’t get the recognition they deserved. It is again a triumph of a white actress, and I’m not sure if she was absolutely the best out of the nominees.

Three actors from the film were nominated, and yes, Davis was really fantastic. The problem is, “Jojo Rabbit”, made by one of the most overhyped directors of all time, Taika Waititi, was not a material that would let Davis truly shine. If it were up to me, I’d rather award Shahadi Wright Joseph for “Us”, because everyone who performed in this film deserves recognition.

A safe but otherwise fine choice. Scorsese did team up with an amazing ensemble for this film. If I were the jury, I probably wouldn’t be able to decide between “The Irishman”, “Bombshell”, “Knives Out”, “Little Women” and “Parasite”. Which leaves “Once Upon a Time in Hollywood” out of the competition (not sorry).

I couldn’t dream of a better result. Bong delightfully mixed genres in “Parasite”, while Mendes had an amazing idea for “1917”, which placed the viewer right in the middle of the action.

Best original screenplay: Quentin Tarantino – “Once Upon a Time in Hollywood”

I really do think the screenplay for this film is exceptional, but when Tarantino’s competitors are: so much better Bong, Johnson (despite some minor lack of consistency in “Knives Out”) and Wang, the only reaction I can think of is: “What?!”

Gerwig was the only nominated woman in this category. From what I’ve heard (I’ll watch the film in a week), Gerwig played with the source material in an intelligent way, creating its best adaptation. I like her writing very much, so I’m happy about the award.

This was the main favourite in this category. And no wonder. When it comes to cinematography, “1917” is exceptional because (as I’ve already said when talking about the directing award) it places the viewer right in the middle of the action.

Best production design: Barbara Ling, Nancy Haigh – “Once Upon a Time in Hollywood”

This film has a great production design. But again, there’s a “but”: there were better nominees, Le Ha-jun for “Parasite” and Mark Friedberg for “Joker” amongst them. I’m worried about Tarantino’s hegemony because yes, his film was fantastic, but there were so many better ones.

Before they announced the Oscar nominees, I’d say this was the favourite of the season. And although he now isn’t, Smith managed to make an illusion that the whole film was shot in one take, which is a great achievement. His competition was strong (Andrew Buckland and Michael McCusker for “Ford v Ferrari” and Yang Jon-mo for “Parasite”), but he was the strongest. At least in the critics’ eyes.

I haven’t seen the film yet (as with the most of Netflix productions) but the fragments I did see suggest this is a well-deserved award.

The competition was incredibly strong, but the award — judging by the available materials, because the film releases in Poland today and I have yet to watch it — was well deserved. The transformation that Nicole Kidman, Charlize Theron and Margot Robbie underwent is really impressive.

And here’s the reason why these awards are called the most populist ones. The “Avengers” visual effects, especially in the final fight, were mediocre at best and the film seems to have got this award only to please its fans.

The Golden Globes situation didn’t repeat and “The Missing Link” went out of the ceremony with nothing. That being said, “Toy Story 4” was absolutely the best animation this year and if I could, I would give it all the awards in the world.

Hahaha! The only worse film in the category was “Spider-Man: Far From Home”. But well, apparently the critics love Marvel.

Best comedy: “Dolemite is My Name”

It’s a pity “The Farewell” didn’t win but I’m happy the critics chose a film which tells the story of an important person for the Afroamerican audience and a one who helped Eddie Murphy’s star to shine anew.

Best science-fiction or horror film: “Us”

“Midsommar” was better last year but “Us” is an equally good, multi-layered production, which — because of its genre — will most likely be forgotten during other awards.

There is no other favourite in this category (despite my patriotic love for “Corpus Christi”, which didn’t even get a nod here). And the film deserves it. It is an intelligent motion picture mixing many genres and harshly criticising social inequalities caused by capitalism.

Quite an unexpected tie and another award for “Rocketman” this season. „(I’m Gonna) Love Me Again” surely rises to be a favourite. It’s also really interesting to see that Disney, who almost always wins in this category and has three strong candidates this year, went out with nothing.

There could be no other winner and I think you could say with certainty that Hildur will have it all this year. Good.

“Succession” has it all this award season and apparently there was no better drama series last year. Well, maybe. I would award “Watchmen” anyway.

As above: the awards for “Succession” are not a surprise, but they are also a safe choice.

Yes, yes, yes! There was truly no other solid candidate (well, except Jodie Comer) as King had a perfect, multilayered performance in “Watchmen”. Well-chosen, critics.

An interesting choice about which I cannot say anything more because I haven’t seen the series. I am looking at the nominees, however, and I can see Asia Kate Dillon and Tim Blake Nelson there, whom I would offer every award in the world. Oh, well…

Oh, what a fantastic role this is! Jean Smart deserves all the recognition and I’m happy the critics awarded her.

No surprise. This is a much-discussed series which had already won a large number of awards.

I don’t watch “Barry” but I love Hader and am happy about his award.

Again: no surprise. Waller-Bridge gets all the awards in this season.

After the Golden Globes this is a sort of compensation for Moriarty’s sexy priest’s fans (who has been acting for years but has recently started to be called a breakout star, lol). I approve.

That’s where my lack of interest in comedies comes out because there literally was not a single series on the list of nominees that I have watched. I assume, however, that Mrs. Maisel hasn’t won its acclaim without the reason and, because there was no other category in which the series could be awarded, the critics decided to at least give their statuette to the supporting actress.

Best limited series: “When They See Us”

A series, which was practically ignored during other ceremonies. Its recognition by the critics really pleases me because it’s an important production perfectly handled by one of my favourite directors, Ava DuVernay.

The critics who missed “Breaking Bad” apparently thought this nostalgia-loaded sequel deserved an award. To be honest, it’s hard to blame them. The competition was exceptionally weak.

Best actor in a limited series or TV film: Jharrel Jerome – “When They See Us”

Another award for “When They See Us”, which is a piece of happy news for me.

The favourite of the season gets another award and I’m really happy because I’m under impression that Williams did not use to have the recognition she deserved.

The Golden Globes situation on a replay: Stellan again and thanks to the artificial eyebrows again 😉 It’s a pity the two actors from “When They See Us” did not get the award but I cannot say Skarsgård didn’t deserve it.

I adore Collette and she won for a role in a very important series. By all means a great (critic’s) choice.

Remember when I told you these are the most populist awards? “BoJack” is a great, mature animated series but when you’ve got “She-Ra” and “Dark Crystal” on the nominees’ list, you can do better than choose the horse for its popularity.

Best comedy special: “Live in Front of a Studio Audience: Norman Lear’s All in the Family and The Jeffersons”

It’s really interesting that the Netflix-dominated category’s winner is a production by… ABC. But no surprise here — this homage to the 70s’ classic sitcoms received critical acclaim and was made by the one and only Jimmy Kimmel.

And that’s it. As you can see, some of the awards made me happy, some made me cringe. That being said, CCA are still ma favourite awards and I cannot wait for the next year’s edition. But let’s not get so far away into the future. There are still Oscars ahead of us so make sure to tune in tomorrow for a brief commentary about the recently announced nominations.