Super Bowl is not the biggest sports event in the U.S., it’s also the most important TV events in the U.S. (as in: lots and lots of viewers) and this means… ads. Plenty of ads. And among them: film and television trailers, which we collected for you.

„Old” aka M. Night Shyalaman latest thriller, where people in an island resort start to get old a lot faster than usual.

“Nobody” — a thriller headlined by Bob Odenkirk where (per Universal’s official synopsis) the actor stars as Hutch Mansell, an underestimated and overlooked dad and husband, taking life’s indignities on the chin and never pushing back. Until he snaps.

“F9”, the ninth entry in the “Fast and Furious” saga, which sees Dom confront his estranged brother played by John Cena.

Another promo for the sequel to “Coming to America”, “aptly” titled… “Coming 2 America”.

Disney’s “Raya and the Last Dragon”, aka this one Disney film inspired by Eastern Asian lore that was actually written by Asians (yeah, I’m still salty about the atrociously westernised live-action “Mulan”).

Marvel Studios’s next Disney+ project, “The Falcon and the Winter Soldier”. After the creativity of “WandaVision” this one seems a bit generic but the chemistry between Sebastian Stan and Anthony Mackie might be just the thing to turn a blind eye to the series’ blandness.

“Superman & Lois” looks great but I’m afraid the concentration of artificially pumped drama might be a little too much, even for a CW series.

The creators of “Clarice” really want you to know that it’s THIS Clarice from THIS famous series. Don’t get your hopes up though — they don’t have the rights to Hannibal Lecter, so don’t expect him to show up. 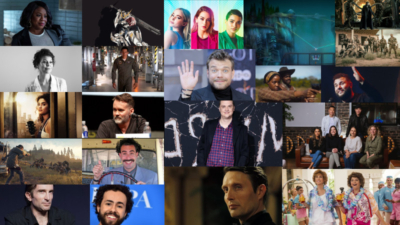 Last Week in Pop Culture: “Army of the Dead” trailer, Lucy Liu in “Shazam!” and more