Welcome to our new weekly series of articles, where we will be collecting the most interesting geek news of the week and sharing our opinions on them. This time, due to us being totally overcome by our daily jobs, the first “Geek News Weekly” comes a little bit late, on Wednesday (Thursday for some of you), but we hope to bring you the next ones every Monday. Ok, enough of boring intros: let’s get to the exciting stuff! 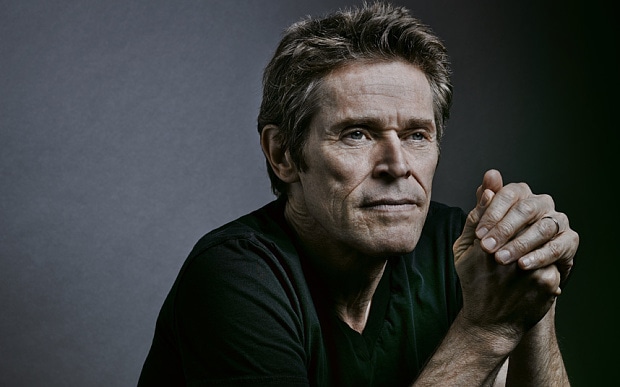 After J.K. Simmons, another actor who played in Sam Raimi’s “Spider-man” will come into DC Extended Universe. Willem Dafoe, remembered by the comic book fans as the Green Goblin (but let’s not forget about his other great roles, like those in “Platoon” or “The Last Temptation of Christ”) has been cast in Zack Snyder’s “Justice League”. We don’t know what exactly his role will be, but he will definitely be a good guy (let the speculations festival begin: The Phantom Stranger? The Highfather? Someone else entirely?), which is really great, because he played a baddie once, so why not a goodie now. We can’t wait for more details!

Are you as excited for “Saban’s Power Rangers” as we are? A cinematic re-imagining of the campy, yet exciting tv series of our youth will be released next year and feature a cast of familiar characters in completely new interpretation. And you can see how new exactly is this interpretation, by taking a look at Elizabeth Banks as the new Rita Repulsa. 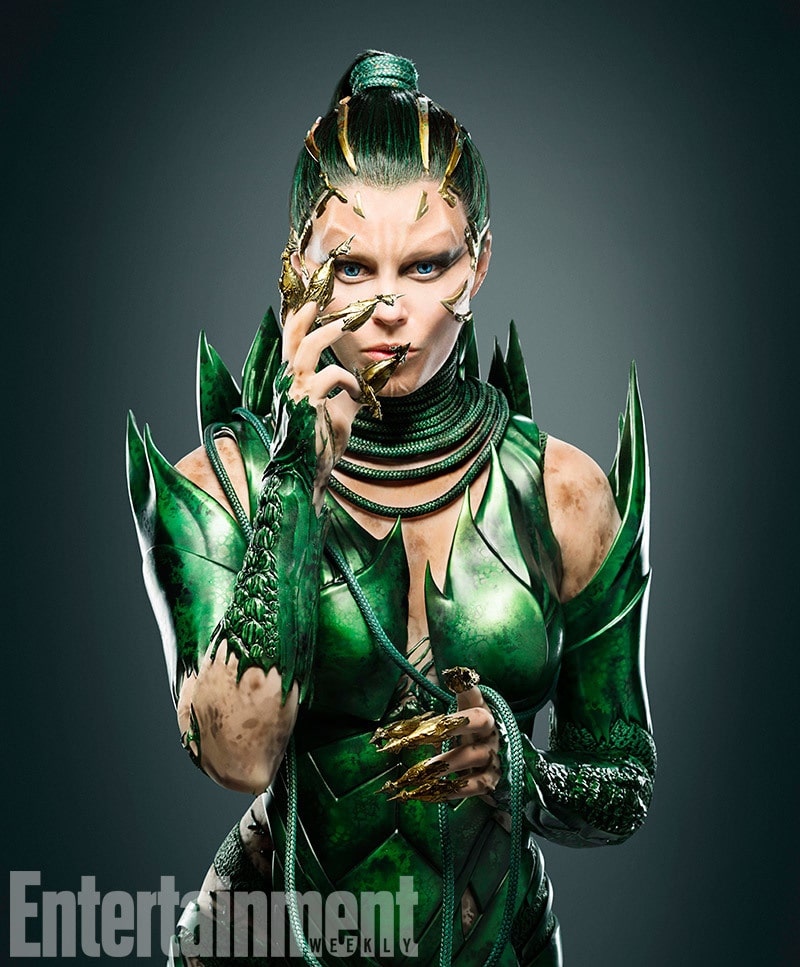 It isn’t the Rita Repulsa we all remember from our childhoods and we’re not sure if we like her new outfit as much as the original sported by the likes of Soga Machiko and Carla Perez. But we won’t complain until we see new Rita in action.

If you were excited for “Inhumans” movie, you’ll be let down. Unfortunately Marvel pulled it from the release schedule, which means that for now, the movie is pretty much dead. And although the official story is that the third phase of MCU evolved and “Inhumans” couldn’t fit in, there are some rumours that it’s all due to a behind-the-scenes conflict between cinema and movie divisions of Marvel Studios. The Inhumans mythology is currently being explored in “Marvel’s Agents of S.H.I.E.L.D. and – should the movie be made – it all would have to be taken into account, which supposedly poses some problems. Whatever the truth is, the result is still the same: we lost a potentially nice movie. For now, at least.

There are two types of these “release date change” announcements, the first one being “sorry, you’ll have to wait longer” and the second one being “you won’t have to wait that long, you’ll be getting it earlier”. Fortunately, with “Blade Runner 2” it is the latter case. So instead of January 12 2018 we’ll be seeing the sequel of the cult-classic Ridley Scott’s movie a couple months earlier, on October 6, 2017. Yay!

Remember “Sherlock Holmes” with Robert Downey Jr. and Jude Law? It turns out we might get another sequel. As Shortlist reports, the actor alluded to some preliminary talks about the movie. Should they happen, we will get yet another entry in the series by Guy Ritchie. And although it’s not as good as BBC’s “Sherlock”, it is still a very entertaining and interesting take on the character so we’re really open for a sequel. Especially with the ever-brilliant Downey Jr. 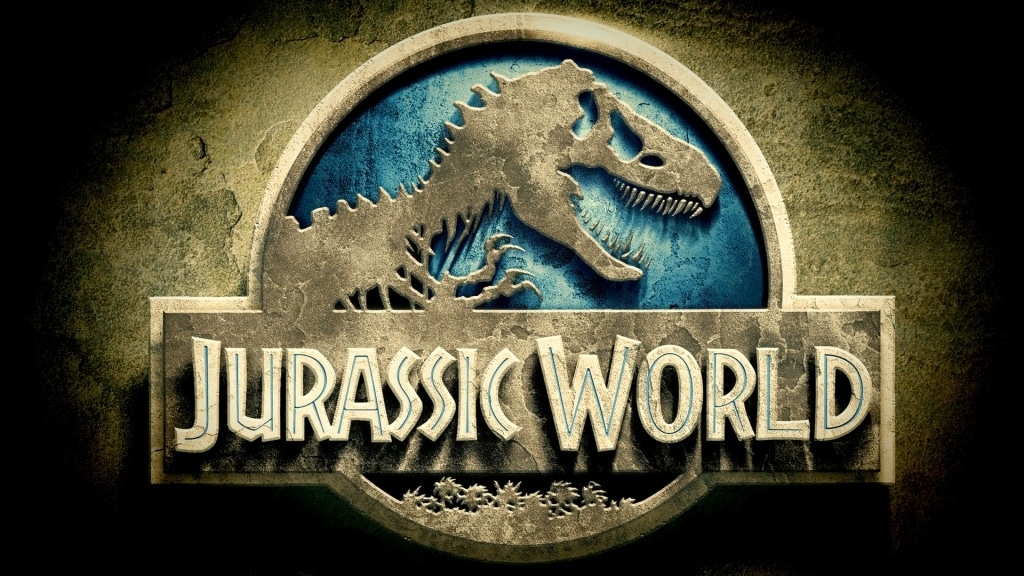 You may have loved or hated “Jurassic World” by Colin Trevorov, but you should be excited with its sequel as it has just got a fantastic director: Juan Antonio Bayona. You may know the guy as the director of “The Orphanage”, a great Spanish horror movie, but also, more recently, as the man behind the pilot episode of “Penny Dreadful”. Either way, we can be sure he will bring something interesting to the dinosaurs’ world.

If you were confused as to why they are trying to remake “Jumanji”, now you may be even more confused as two, rather unexpected actors are set to star: Dwayne “The Rock” Johnson and Kevin Hart. While we know it’s unfair to judge a movie on its casting announcements, we’re really wondering what direction the new “Jumanji” will take and if it at least will be an enjoyable movie – because the original “Jumanji” is one of those pictures that it’s extremely hard to remake.

“Now You See Me 2” hasn’t even come out yet, but the studio is so sure of its success that they gave its director, Jon M. Chu, a green light to produce yet another sequel. We don’t know if it isn’t a little bit too hasty a decision, but hey: the more “Now You See Me” (which, even if slighlty silly, was a really entertaining caper movie) the better, isn’t it?

When you think “Jesus Christ” you probably  don’t think Joaquin Phoenix (that is, unless you think “Jesus Christ” as in exclamation, but let’s not get into details). Interestingly enough though, the director of the upcoming movie about Mary Magdalene, Garth Davis, made the unlikely association and the actor is in talks to join Rooney Mara. Putting all the white-washing talk aside (we should really stop casting Caucasians as the Middle East natives) that would be quite an unusual choice. 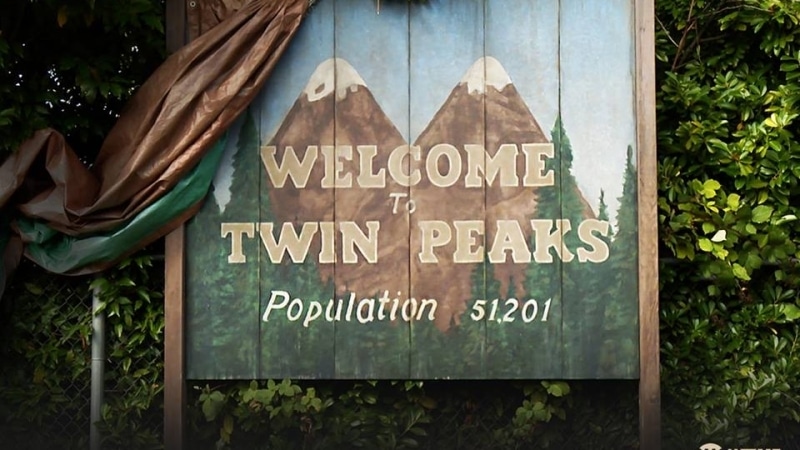 Showtime has finally released the full cast of the upcoming “Twin Peaks” revival. Aside from the previous residents of the city, including Kyle MacLachlan’s Agent Cooper, we’ll see many newcomers with some really hot names among them, including Monica Bellucci (!), Tim Roth, Naomi Watts, Jennifer Jason Leigh and Robert Kneeper. Check out the remaining cast members here.
We’re excited!

We’re really close to getting a Superman prequel series set on planet Krypton. David Goyer’s appropriately titled “Krypton” is set for pilot. If SyFy likes it and gives it a full order, we will be following Kal-El’s forefather’s adventures on the distant planet set for doom. Might be another unnecessary prequel, might be some nice science-fiction series. Either way, if it gets an order we’ll check it out for sure.

The Doctor will get a new companion, Bill, played by Pearl Mackie. Watch the video introducing her character below. She seems a really good choice and we hope the Doctor fans will like her as much as we do!

MTV renews “The Shannara Chronicles” for a second season


Any “Shannara Chronicles” fans on board? If so, you have a reason to be happy. The series turned out to be quite a success for MTV and the station decided to renew it for a second season. There is no info as to when the show returns and with how many episodes yet, but we can be sure we’ll get it soon.

The latest rendition of the popular “Rachet & Clank” series has just come out for PlayStation 4. This is a re-imagining of the very first game in the series and it was made to coincide with the release of the Rachet and Clank’s animated movie, which will come to the cinemas in two days. We haven’t put our hands on the game yet, but the reviews are in and they are really enthiusiastic, so we hope the game is worth it!

Giant Bomb published some info about the rumoured upgraded version of PlayStation 4. The console is internally referred to as “NEO” and is expected to arrive later this year, probably sometime around October. It will feature improved CPU and GPU, and more efficient RAM memory. Don’t expect it to kill the current PlayStation 4 though – the consoles will exist simultaneously and use the same user environment. Beginning in October, all the games for PlayStation 4 will also feature a NEO mode which will mainly enable 4K/UltraHD resolutions. All in all, releasing a new alternative so soon after PlayStation 4 hit the stores, is an interesting decision and we’re really curious how this will play out for Sony.

And finally, a couple of trailers. This week we have “Girl on the train” adaptation with Emily Blunt, “Warcraft” with lots of CGI, “Magnificent Seven” remake with an all-star cast, “Jason Bourne” with Matt Damon back from Mars, “Independence Day: Resurgence” without Will Smith and “X-Men: Apocalypse” with an (un)expected cameo by someone familiar.