Just about every year that Sony has presented has left a great impact at E3. This year, with titles like Last of Us and Death Stranding, Sony is sure to have an excellent presentation once again. While Microsoft put out a lot of games to show, the confidence that Sony has to just show their games and keep quiet is astounding! They did have a couple of breaks, however, there was very little hype. The hype was the games themselves.

Last of Us II

The trailer starts off with an older Ellie. In the trailer, Ellie dances with another woman while just saying that she’s just a girl and that she’s not a threat. “Ellie, I think they should be terrified of you.” After the two kiss, we are given quite a bit of gameplay. The double meaning behind why they should be terrified of Ellie is actually really poetic. So we’ve seen gameplay of Shadow of The Tomb Raider where Lara is using her environment in to her advantage. Last of Us II also shows some indoor combat in a ruined city. It looks slower paced, and in no way less. The combat can quickly change from slow to fast in an instant. You can craft items in real-time. The polish the game has to be able to run between obstacles in a convenience store and combat is beyond impressive. Titles like these are reason alone for people without a PS4 to consider getting a console. After the gameplay, they go back to the kiss.

They give us a trailer for 4 classic Black Ops maps coming back. Jungle, Summit, Slums, and Firing Range. All remastered. These maps will be available sooner for those who pre-order. I don’t know if they are going to be having map packs, but something has to be said about shooters coming out that will be releasing all of the content for all players. Although, they make us grind for everything, it’s a nice because many of us will be playing many hours in the multiplayer. Each system has their pros and cons. And with everything shown being an exclusive, besides a couple of games, Sony makes it clear why a PS4 must be in everyone’s collection. Let’s see how this plays out.

Tetris Effect looks to be a game. We’ve all played some form of Tetris. This one in particular seems to be very music oriented. Being turned into a gameplay mechanic would give a new twist to Tetris.

It shows a character riding his bike while being attacked by humans, animals, and some zombie/deranged looking people. We see a little gameplay. At the end, the character runs out of gas on his motorcycle. So it looks like it will have some survival element.

The main character is Sam, and he’s back in his hometown in West Virginia for his best friend’s funeral. What looks like a regular story turns supernatural and Sam has amnesia.

We’ve seen a whole range of interactive rhythm games. Beat Saber will be using the PlayStation VR to fully immerse those that play. In the game, you control two laser swords… Light Sabers? You will be using these to cut up color-coordinated blocks to the rhythm. Each saber you control will be either red or blue, and you will have to match them to the red and blue blocks.

Ghost of Tsushima takes place in 1274 during the Mongol Empire’s invasion of a Japanese Island. We get to see traditional samurai fight styles in the gameplay. The trailer shows an element of platforming to sneak up on the enemies and gain the advantage. It simply looks gorgeous.

Breaking away from the classic shooter, Control takes a new twist by adding a supernatural element that takes the gameplay to ridiculous levels. We get to see environments that are completely destructible and even interacting with fire extinguishers and debris.

The trailer starts off by giving us the perspective of a smaller animal in what seems to be a storage room. A security guard tries arresting a trespasser and just ends up becoming a snack. Which is unfortunate because if the zombie really had a case of the munchies, it could have simply opened up a box of cereal from the storage room. Though, no one claimed zombies to be smart. After that scene, Leon appears to provide some justice. We see a little girl that appears to have a big part in the story. Coming January 25th, 2019. It’s a good time for Resident Evil fans and anyone that has never had a chance to play Resident Evil 2.

The co-creator of Rick and Morty works to bring us a platforming game. The art and humor will be sure to welcome any Rick and Morty fans. It will support Playstation VR.

This time we get a brand new trailer that is more of a Pirates theme. We see quite a few familiar faces from the Pirates of the Caribbean movies, as well as fighting ships. The ship combat looks phenomenal. They also show some other new mechanics. Though, Kingdom Hearts III wasn’t the only thing Sony had to show. Kingdom Hearts 1.5, 2.5, 2.8, and Kingdom Hearts III will be available in one package exclusively for PS4. Good job, Sony. Never a dull moment.

If you were afraid that Death Stranding was going to make sense, be relieved that Death Stranding only looks more confusing. Sony must have been thinking to themselves after the trailer by saying to themselves, “Oh. THANK GOD! It’s an actual game”. At the start we have music playing and the small segment plays very much the same as the music video for the song. Nice detail there. The trailer introduces us a new character, and another at the end. Sam goes into a cave and takes off his top when he drops a picture. A drop of water falls on his hand and you can see the instant effect it by aging the skin where the water dropped. We get to see a peaceful and satisfying segment in which Sam traverses terrain to transport items. We see some the dangers the terrain brings us to Sam having to fix his damaged big toe’s nail. Looks painful. The invisible creatures come back. Wherever they step, if there is black dirt and it’s raining, plants quickly grow and die. It’s like time passes much faster. Plants don’t seem to grow where the rain isn’t. At least, from what we saw in the trailer. Definitely looks incredible, and we’ll see where this goes from here. We only see one weapon in the entire trailer, and it’s not even fired. Near the end, we do see Sam trying to sneak by the creatures when it’s raining. It may look slow, at times, and it still looks intense.

It starts off with a wounded samurai that gets attacked by demonic figures. Check out the trailer. The first Nioh game received great scores. Nioh is an action RPG genre by Team Ninja, the makers of Ninja Gaiden.

The trailer is big. It starts with Spider-Man at a high security prison followed along on helicopter by a police officer. Friendly police officer. Glad to see some appreciate the spider’s work. Electro takes down the helicopter and Spider-Man goes in to save her. After the landing, they discover the prisoners are being released and Electro is giving Spider-Man something to chase and taunting him. We get to see combat and swinging, but most importantly, Spider-Man’s wisecracks. The action is fluid and fast-paced. You’ll be using Spider-Man’s agility in combat. Later in the trailer, after we see other big villains escape, we see web-slinging while chasing down Electro.

FromSoftware is creating a story adventure. While there may seem like there isn’t much story to the Dark Souls games, for example, FromSoftware masterfully tells stories through the environment. In Deracine, a young girl summons a spirit, and we, as the player, have to prove the existence. While it may seem haunting, the last scene of the trailer shows a withered flower being rejuvenated and beautiful, again. It will be exclusively for PlayStation VR. For me, this game alone would be a selling point for a Playstation VR.

The new Forsaken expansion is coming to Destiny 2 on September 4th. The trailer shows a lot of destruction and enemies around. It’s not an in-game trailer.

Besides a couple of games, everything was exclusive. They are investing resources not only into their large titles but also smaller games. And those large titles have always been the reason why so many people own a PlayStation 4. This is something that Microsoft severely lacks in. While Microsoft has a lot of timed exclusive titles, Sony invests in captivating games that keep us coming back. No big fancy show. Sony simply showing us the games that are on PlayStation 4 and what to look forward to, and those without a PS4 something to bring them in. 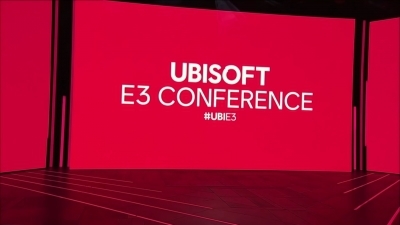 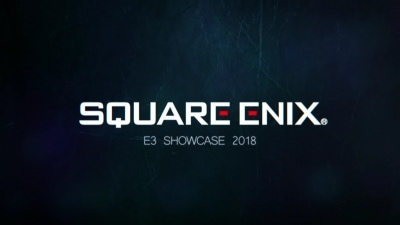 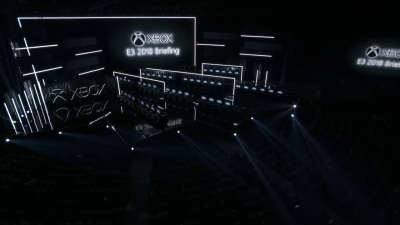