We all know Mewtwo. He’s the top dog of the first gen, the ultimate test after you’ve beaten the elite four, and now five gens later he’s still a formidable opponent, even without his Mega Evolution. Featured in Smash Bros he has an impressive move set that will make opponents tremble, so it seems only natural that he has now been immortalized as Nintendos’ newest Amiibo. That’s right, this bad boy released yesterday (23/10/15) has landed. Number 51 is Mewtwo. 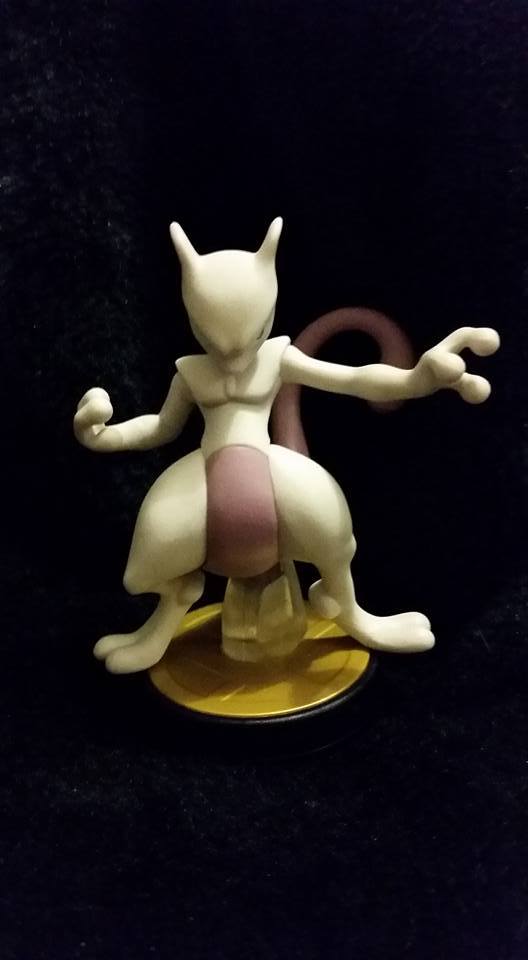 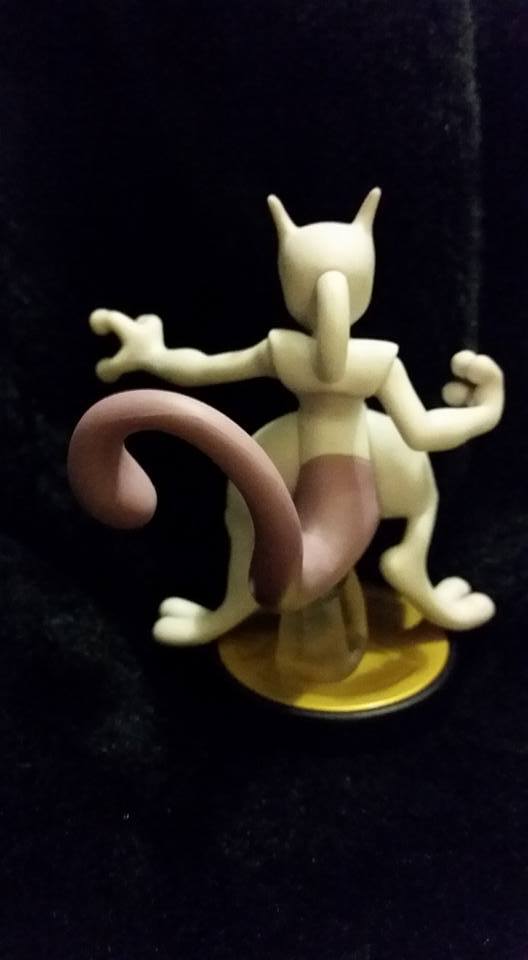 Amiibos are pretty much like a small scale Game of Thrones – you either have them or you don’t – there is no middle ground. Each wave released has seen increasing numbers of fans order them clean out of stock around the world – so much so that Nintendo had to crank up the production line in order to guarantee collectors that their beloved figure would be available on release day. The design of the figures is becoming more and more intricate and detailed and Mewtwo is no exception. His animated counterpart seen on the t.v show looks like it could get its butt kicked by Amiibo Mewtwo. The 2d version has nice rounded limbs and joints making him kid friendly whilst still maintaining his ‘badass-ness.’ Our 3d version is a lean mean fighting machine. Notice the knee and ankle joints. That’s rock hard bone covered by muscle and a skin of steel like strength- this kitty’s not for petting. It’s almost like he’s been designed from the inside, out – someone went into how to build him on an almost terrifyingly realistic scale. 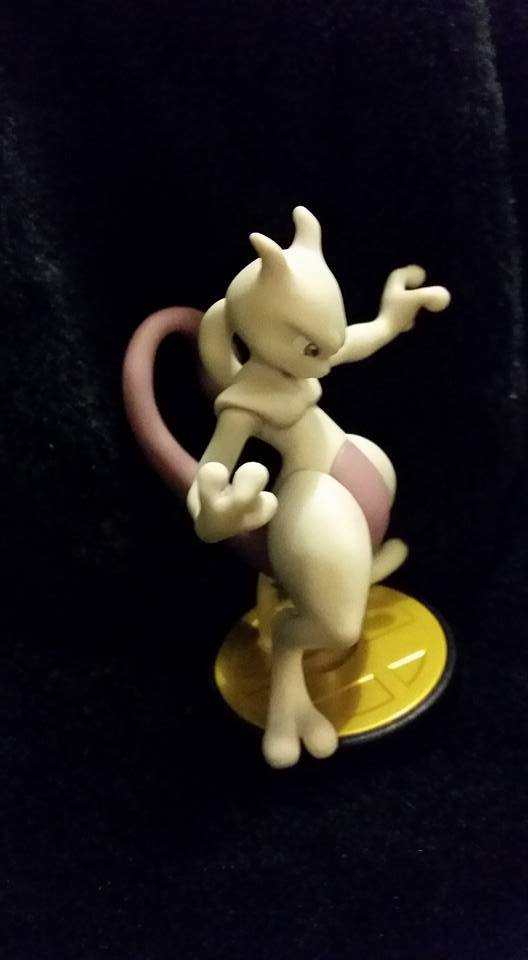 In his almost trade mark pose on one arm drawn back whilst the other is extended it’s clear that he’s about to deliver a crushing blow- physical or psychic. The tail is held back and the feet are hanging over the edge of the platform, yet again conveying Mewtwos classic attitude that he’s not about to be confined and does things his own way.
The brilliant thing about this series is that each figure(especially the Pokemon) look great as standalone figures – I myself started out with just Charizard- because I liked how he looked. I now have thirteen amiibos and another Pokemon, Lucario and Mewtwo looks ready to enter a good old fashioned battle with both. Just look here: 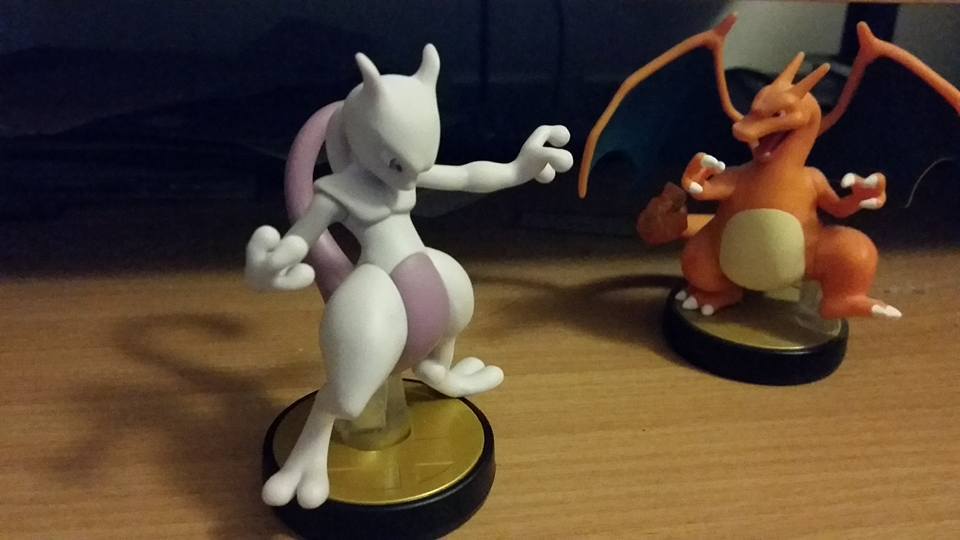 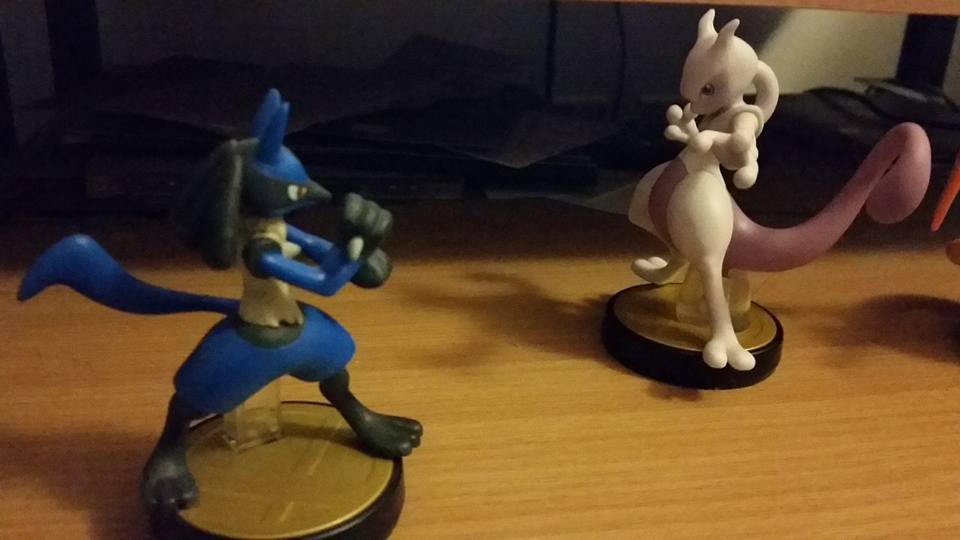 Or he could even team up a form a deadly combination: 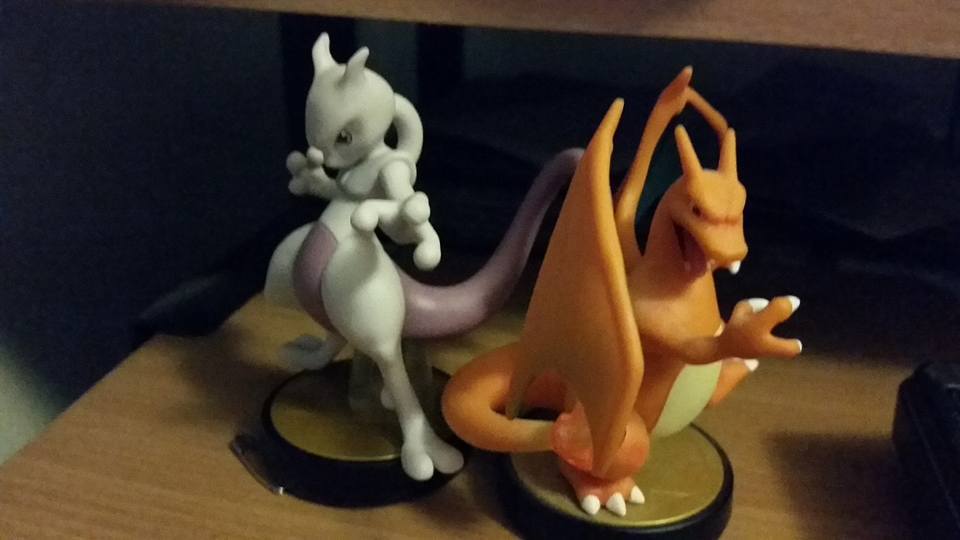 My favourite feature about him though has to be his eyes. Cold and unforgiving they are beautifully designed, in stunning detail adding a whole new level for his successors to come up to. 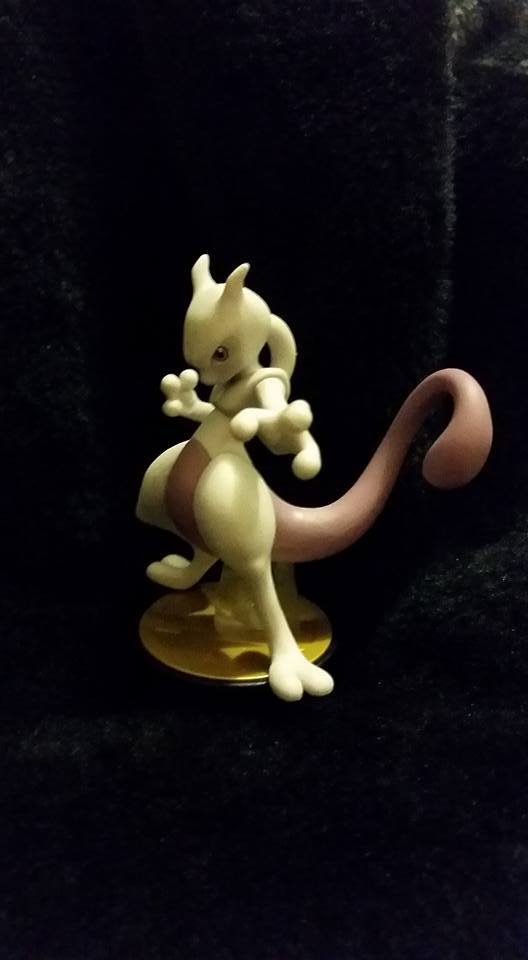 Regardless of how he plays Mewtwo is simply amazing to look at and I would love the chance to get a Mew, should it be released and give him some real competition…

Mewtwo has entered the game – who’s brave enough try and make him leave?