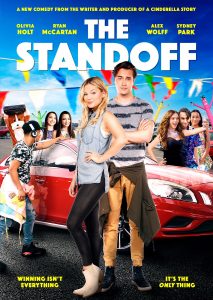 The (Hollywood) hills are alive with the sound of standoff . . . and this one ain’t the Brangelina breakup!

The stalemate in question relates to the September 20 digital release of the new film entitled “The Standoff.” It’s a veritable teen-influencer fest that stars Olivia Holt, Ryan McCartan, the Merrell Twins (Vanessa and Veronica), Alex Wolff, and other familiar Internet names. In order to win a new car, the main characters engage in a marathon test of wills. With hands firmly planted on the sizeable, shiny prize, they exchange long hours of insults, witticisms, and rants in hope of being the last man/woman standing; think “The Breakfast Club” meets “Willy Wonka and the Chocolate Factory” with a contemporary twist.

“The Standoff” director Ilyssa Goodman shares her show business aesthetic with the LA Animation Examiner below. She elaborates on what makes “The Standoff” stand out among its rom com compatriots, such as “Pitch Perfect” and “Mean Girls” movie franchises. Incidentally, Goodman’s own Hillary Duff/Selena Gomez/Lucy Hale-starring “A Cinderella Story” film series also belongs in that clique!

LA Animation Examiner: First, how was the big LA premiere of “The Standoff?”

Ilyssa Goodman: The premiere was AMAZING! It was great to see the cast all together again, and everyone was so excited.  We had tons of social media stars and kids from Disney, Nickelodeon, and Youtube celebrating the film. After a year of working on the movie, it was so cool to share it with everyone.

LAAE: Has your animation background influenced your live-action career?

IG: Good story telling is good story telling whether it’s animation or live action.  First, it must be on the page. Then it’s the director’s job to work with the actors and entire crew to take what is on that page and put it onto the screen.  The [narrative] specifics are the same in animation as in live action.  What does the character look like?  What is she wearing? What color are her finger nails? The physical filmmaking technique might be different, but attention to all those details is required for both live action and animation.  Working in animation has made me more detail-oriented . . . which helps.

LAAE: Back to “The Standoff,” what was the inspiration for this movie?

IG: Many years ago, I had seen a documentary about an endurance contest to win a car.  I though it would be a really fun idea to do something like it, scripted.  We wanted it to be for teens because getting your fist car is a rite of passage; it’s such a universal and relatable desire.

There also is a bigger picture inspiration. “The Standoff” writer and my producing partner Leigh Dunlap and I had worked together for years, and we hated the inability to control certain, crucial production elements, such as story, marketing, casting, and even the treatment of actors and crew on set.  We set out with a creative model and a business plan to disrupt the big studios. We also wanted to add a more human touch to filmmaking.  We accomplished that, and we are really proud.

LAAE: “The Standoff” has a special bond with popular girls’ online lifestyle destination Sweety High. Are you able to elaborate on that?

IG: Sweety High is an amazing partner.  They were so excited about our film and cast.  Their goal is to inspire and empower girls, which encompasses everything I stand for.  We couldn’t ask for a better partnership.

LAAE: How was your experience in directing so many young TV and social media stars? Will you do it again?

IG: The kids are incredible. While the film stared Olivia Holt and Ryan McCartan, it was essentially and ensemble cast, and every one of those kids brought something special to the table.  They were all so professional.  We had only 3 weeks to shoot the entire movie, which may not be enough time for characters to fully develop.  But each cast member really found their connection to his/her role, and viewers are able to feel them evolve and grow.  The biggest trick is shooting a movie in one location, as we did.  Also, keeping the [dialogue-driven] story fluid can be tough.  But, I think the script really moved and that was a big help.

LAAE: What’s next for you?

IG: I’m reading a lot of new material and have a few irons in the fire in both film and television.  “The Standoff” was such a wonderful experience, that it will be hard to match.

LAAE: Do you have any inspirational words for aspiring female multi-hyphenates like yourself?

IG: Never give up.  Always be prepared.  I’ve done so many different things in my career, and it has all led me to what I am today! 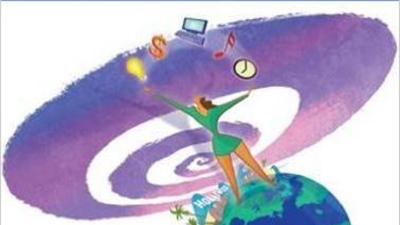 ‘Producing Animation’ and other indoor sports