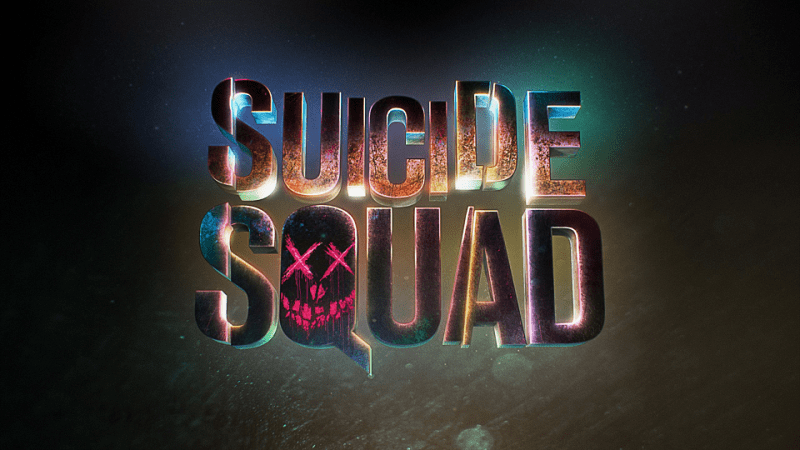 After Man of Steel, which had a mixed response, and Batman V Superman, which was panned by critics (although I liked it very much and here’s why) and underperformed in box-office, came the third DC Extended Universe movie: Suicide Squad. Written and directed by David Ayer, it wasn’t liked by critics either, but it has had solid box-office results so far and was quite enjoyed by the audiences. So who’s right in the debate: the critics or the fans? Well, both of them, as the film is both very enjoyable and flawed. 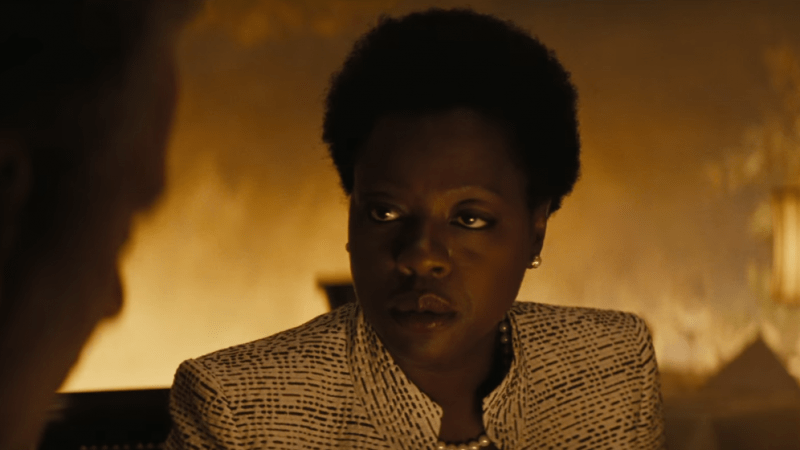 Trying to make a sense of the world’s new situation in the wake of Superman’s death in Batman V Superman, Amanda Waller, afraid of a meta-human threat, decides to create a special task force, consisting of super-criminals. After making a mistake with a very dangerous asset, she recruits some detainees of the secret prison Belle Reve in Louisiana to clean her mess.

The very concept of Suicide Squad sounds like it should work. We get a classic structure with an introduction to the characters at the beginning, their mission and a twist in the middle, and, in the closing scenes, the final big fight in the wake of the aforementioned twist. And there’s the great dirty-dosenish idea thrown into the mix: making villains the protagonists. However, some parts of this carefully planned structure don’t work.

The main part where the movie fails to deliver is its first act. Partly due to its choppy editing, partly because of the fact that it’s overstuffed with music (however good and catchy), it’s really hard to connect with the individual characters that are introduced. We get a really fast and underdeveloped mix of origin stories out of which only that of Deadshot’s (Will Smith) and Harley Quinn‘s (Margot Robbie) seem to be done with due care and right attitude. It’s really a pity, as there are other great characters, with the likes of El Diablo (Jay Hernandez), Killer Croc (Adewale Akinouye-Agbaje), Captain Boomerang (Jai Courtney), the Enchantress (Cara Delevingne) or Katana (Karen Fukuhara), whose backstories would be fun to explore in a greater capacity. Unfortunately, with the rushed beginning, we get only tidbits of these. 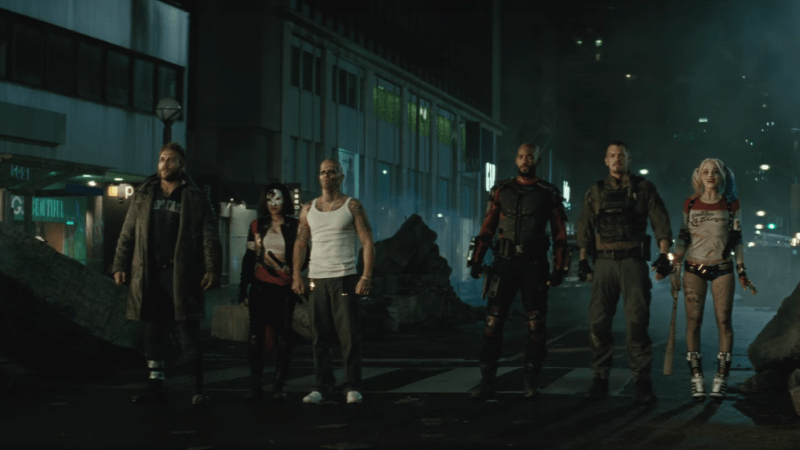 But after this initial part, Suicide Squad does get better. Granted, the story is rather simple with a bit predictable intrigue in its centre, but it should be also noted, that it’s not as much a story-driven movie as a character-driven movie. And despite the lack of solid basis in the first act, the characters are what makes this movie fun. And this is because of two things: great acting (with a few exceptions, however, over which I will go in a moment) and faithfulness to source material.

David Ayer manages to stay true to the comic books and bring the essence of the beloved villains to the screen. He is very aware of who they are supposed to be and how they are supposed to behave. At times, he tends to tone things down a little bit (like with Harley-Joker relationship), but he also knows which themes and features not to touch in order to present them faithfully on screen. And he takes inspirations out of specific storylines, with Nightshade Odyssey and Mad Love being among them, which makes Suicide Squad an easter-egg fest for hardcore DC fans. 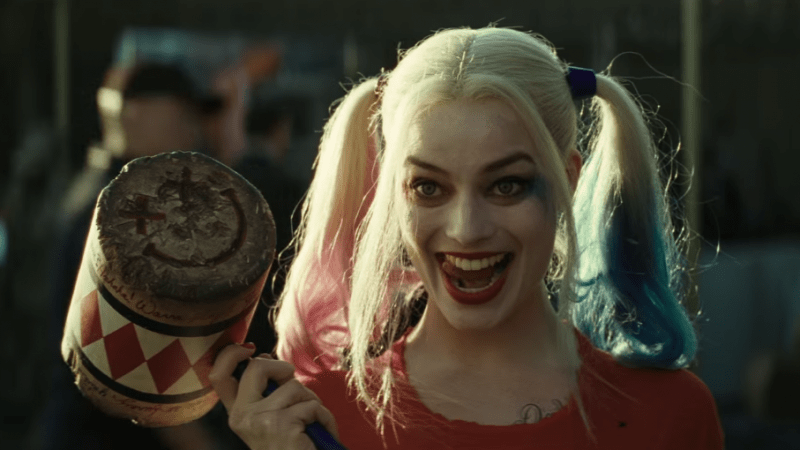 But, as I mentioned, this all wouldn’t be accomplished without the wonderful cast – particularly three of its members. The first one is Margot Robbie, who brings the fan-favourite Harley Quinn to screen. It’s the second live-action incarnation of the character if you count Mia Sara‘s role on the short-lived Birds of Prey TV series, but Robbie quickly makes you forget there has ever been any other Harleen Quinzel. She is just like the Harley you know from Batman: The Animated Series – crazy, unpredictable, infantile, and yet, deep down inside, extremely intelligent. Robbie definitely hits the right notes and proves she was the right choice for the role. 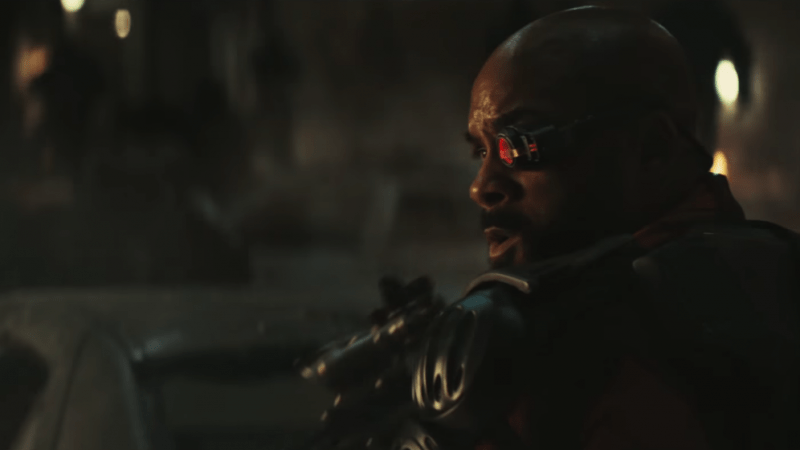 The second one is Will Smith as Deadshot. To be honest – this was a role written specifically for him, as for the most part he’s a typical Will Smith: confident, funny and very likeable. And yet, these features make Deadshot really appealing and help the audience relate to him. Smith has the unique ability to act very natural no matter the situation, making a character as crazy as Deadshot (he shoots from gripless glocks under his arms!) a… guy next door, which may sound like it’s the opposite of what Deadshot is supposed to be, but trust me – it somehow isn’t, and it just makes him more human. 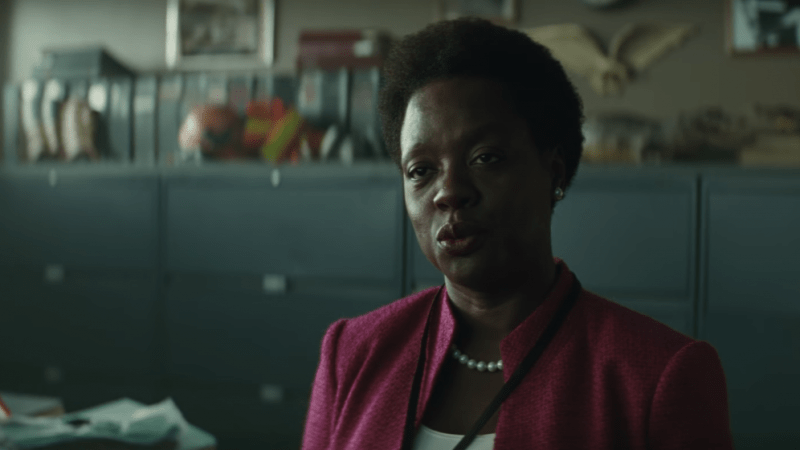 And the third actress is Viola Davis, who plays Amanda Waller, the woman behind the titular Suicide Squad. Tough, determined and always successful at getting exactly what she wants, Waller is an intimidating presence of screen, and that all thanks to Davis’ acting. She gives everything into this character and it really shows on screen.

As for the rest, their performances are also very solid. I particularly liked hillarious Jai Courtney as Captain Boomerang (if you think he can’t act, this movie will prove you wrong – he just needs a good director), stoic Karen Fukuhara as Katana (pity the role is so small!) and minimalistic yet charismatic Adewale Akkinouye-Agbaje as Killer Croc. Cara Delevingne also did a good job of differentiating between her Enchantress and June Moone personas, but she tended to overuse strange body language as the former and to be overly uncharacteristic as the latter. 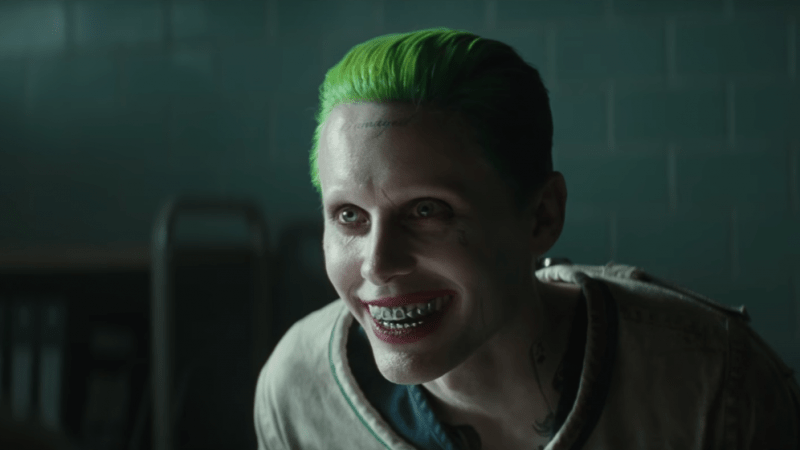 There were a few weaker performances: Joel Kinnaman lacked charisma as Rick Flag (it’s a pity Tom Hardy had to resigned from this role, I am really curious how he would do) and Jay Hernandez (El Diablo) unleashed his true acting abilities only in a flashback sequence towards the end of the movie. The worst role, however, was that of Jared Leto‘s. Despite huge hype and tons of rumours about his method acting, Leto isn’t a very great Joker. I expected someone over the top and crazy, while he’s toned down and… occasionally cuckoo. It kind of works, but you get the feeling it’s too little and that while he could have unleashed he’s psycho self, he got lost in the middle of the road. 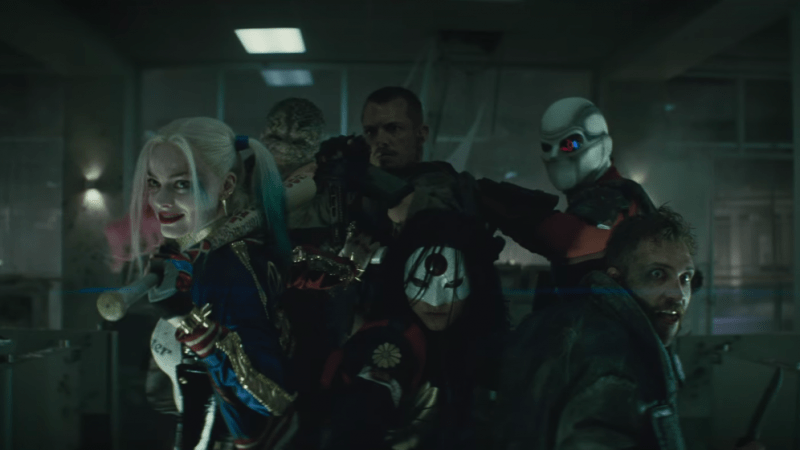 Coming back to the story: although I said it’s rather simple and mostly predictable, I really liked the themes David Ayer decided to tackle. He goes deep down into these DC baddies and tries to find the ability to do something good inside of theme. That’s an interesting concept: it tells us that no matter how bad, most of us can find something good inside; that the world is not completely black and white. Of course, this theme isn’t as fleshed out as the ones in Man of Steel or Batman V Superman, as Suicide Squad is more of a movie to entertain than to deconstruct and redefine certain comic book myths. But the fact that along this entertaining bits comes something to think about is a good thing.

I also enjoyed the diversity of the universe and characters: both if it’s about gender and race. I’m happy that female characters had huge roles and that even if they were sexualised, it was done not to objectify them, but to show that they can use sex as a powerful weapons. What I didn’t like, however, is how unevenly Harley Quinn’s and Joker’s subplot was treated. Toned down in comparison to the source material, but ultimately going the right way – showing Harley slowly releasing from the chains of a sick, abusive relationship – it is destroyed by the very last scene of the movie, which left me a little angry. 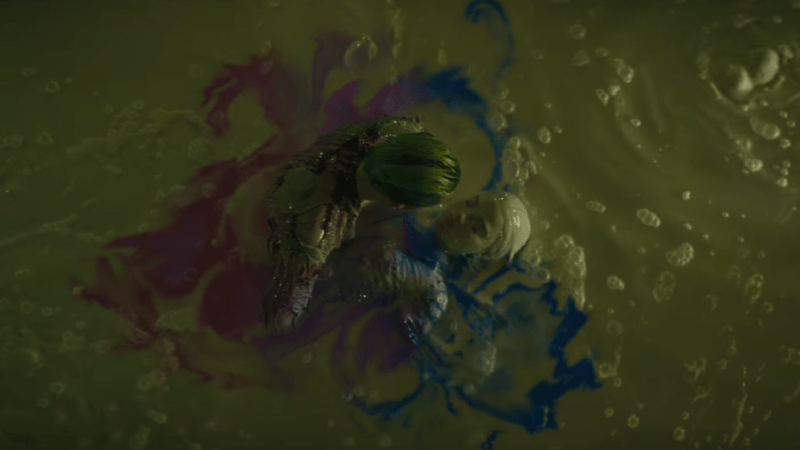 How about the technical parts of Suicide Squad? The photography is done really well. The shots are well composed and the action scenes are dynamic but easy to follow at the same time. The colour palette is very interesting as it tends to mix some darker shades with campy pink and turquoise. There are many problems with editing, however: it’s hasty in the first act and then seems like some “patches of reshot scenes” were added here and there.

You definitely won’t be disappointed with the production design, however. The sets are top notch. From the dark corners of Midway City, through the governmental offices to the mysterious Belle Reve prison: all look marvelous and original. I also fell in love with the costumes, as most of them were very faithful to their comic book counterparts (heck, there’s even a shot of Harley’s jester costume!).

Music is also fantastic, for the most part. The songs which accompany the characters are well chosen, though it must be said that they were overused in the first act. The true musical sensation here, however, is Steven Price, the composer of the original score. Taking some cues from David Bowie’s music of the 80s, he creates some interesting, eclectic compositions that are both catchy and work as the movie’s illustration.

OK, so what’s the verdict? Well, the film has it’s problems. But ultimately, I have to say that I had a lot of fun in the cinema. And although I didn’t like it as much as Batman V Superman, here’s the paradox: if Batman V Superman wasn’t your piece of cake, there’s a chance you’ll like Suicide Squad a lot better. Either way, definitely give the movie a chance. And if you do – don’t leave until after the mid-credits scene! 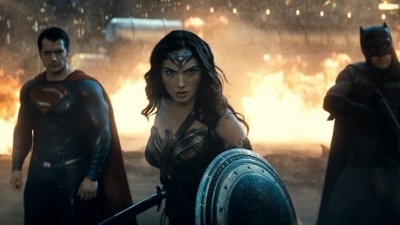 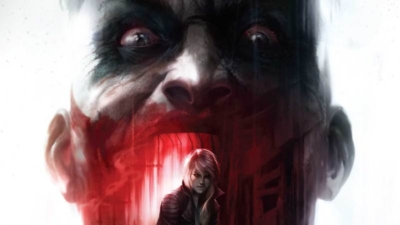