Kulve Taroth is the most recent free update after the hugely successful Spring Festival. It was released April 19th and will be available until May 3rd, 2018. The Kulve Taroth update introduces the brand new Siege Mode. This mode allows everyone in a lobby, of up to 16 people, to contribute towards rewards of the Siege. However, hunts are still capped at 4 players. So you can have up two 4 groups of 4 contributing and benefit each other! I will be breaking down the fight and a recommended build for this fight. 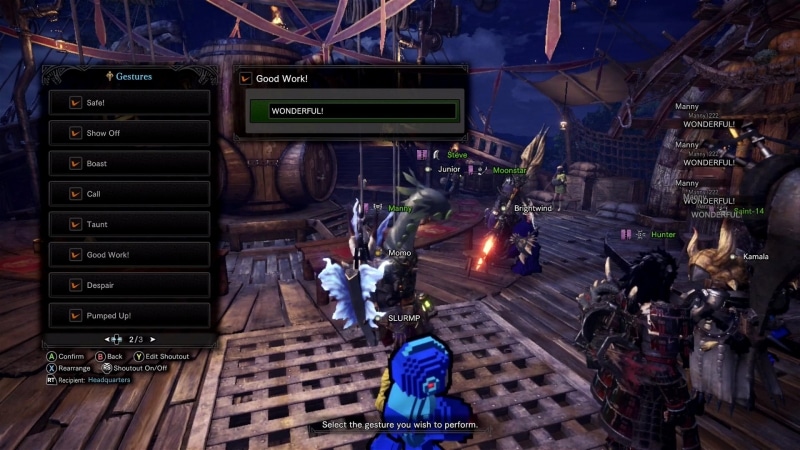 How To Defeat Kulve Taroth

The main objective is to break the horns. However, you also want to be breaking other parts of the body. Once you knock off the gold plating from the horns, you will be able to chip them – the game will tell you when you’ve chipped the horns much like when you break the head of a monster. Be sure to carve the gold it drops. After the horns are chipped, be sure to work on breaking every part of the body. Kulve Taroth has many breakable parts. By breaking these parts you ensure to get better rewards.

What you should be doing in order: 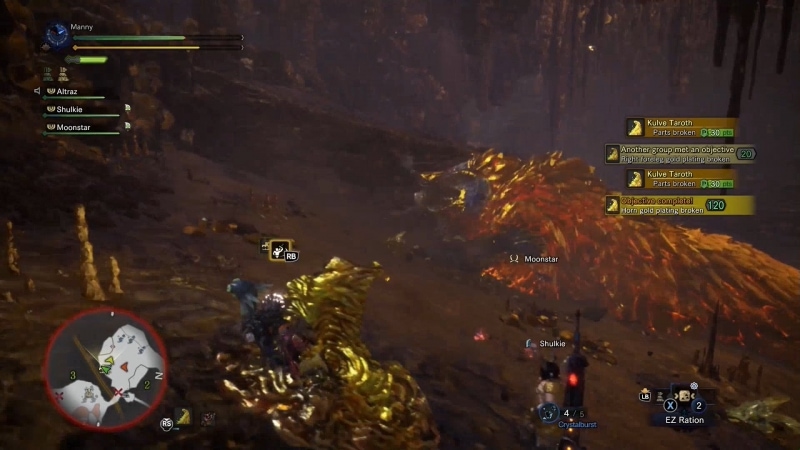 If you don’t break the horns on Kulve Taroth, it will eventually run away. Although it runs, your rank in the fight will increase making the fight much easier. So keep in mind. After you chip the horns, then it’s time to go for the rest of the body because there is no reason to continue to attack the horns until the final stage. Also, each time you break a part, Kulve Taroth drops parts on the ground. 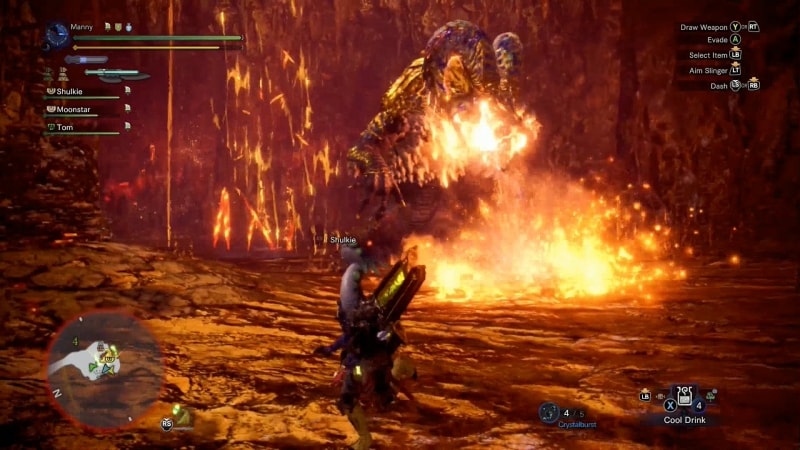 In the final stage, Kulve Taroth’s golden armor plating will fall off. Kulve Taroth will be much faster and incredibly dangerous. Once in the final stage, you can break the tail. More importantly, the horns are the main objective. Break the horns and you clear the Siege! Don’t forget to carve them. Beware the fire breath attacks. Again, when Kulve Taroth is glowing red, and in the Final Stage, it will breathe fire. One that can catch you across the map is a fire breath it shoots straight ahead, then continues the blast upwards and vertically. However, the most dangerous fire blasts are when it decides to set the ground on fire. When it shoots fire on the ground it is time to get out of the fire as fast as possible. The fire will absolutely destroy anyone without a Fire Proof Mantle.

This map is exclusive to Kulve Taroth. Throughout the fight, you will battle Kulve Taroth. When you first find it roaming around, you will find it to be a very slow moving creature. In this area, you will find Cannons, as well as rocks you can drop on it by hitting them with a projectile. Take advantage of this. In this phase of the battle, be sure to drop rocks on it from the environment and use the Cannons. Also, in this first area, you can find mining spots. 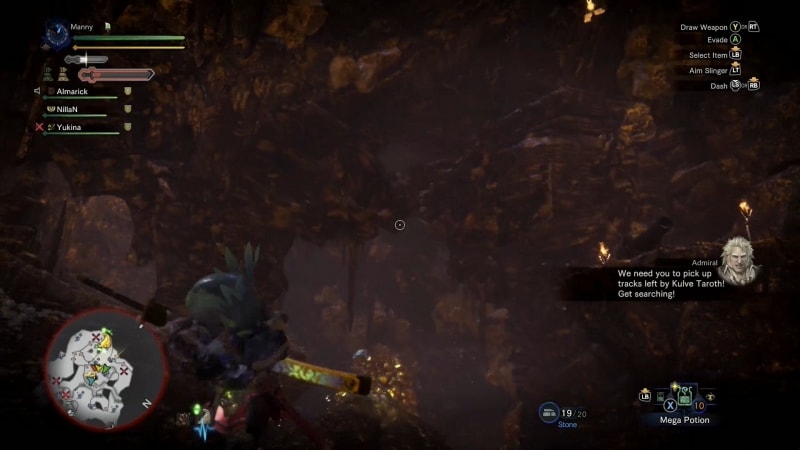 Damage and capable of knocking it over

In this area, for many, it will be the first time you see the monster enraged. When it is enraged it will breathe fire. However, it also makes the monster vulnerable. You can tell when it is enraged by how it glows red like a hot iron. It is possible to enrage it in the first area. Be sure to use the environment! You can swing around, slide, and even jump off the ledge for a powerful air attack. 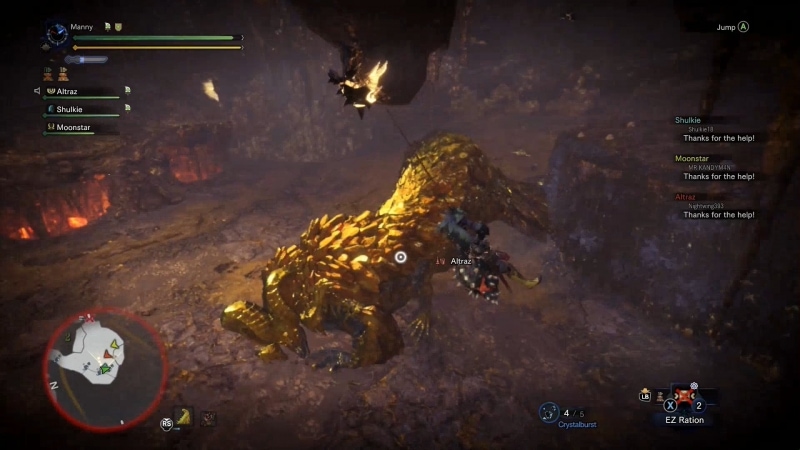 You will need a cool drink, here. Fortunately, halfway down to the right there is Cool Mushroom. So you don’t have to bring Cool Drinks! Just as the previous two areas, use the environment! There are three pillars you can drop on Kulve Taroth that will bring the monster down. On top of that, you also have 2 lava pits that will deal 300 damage per hit! 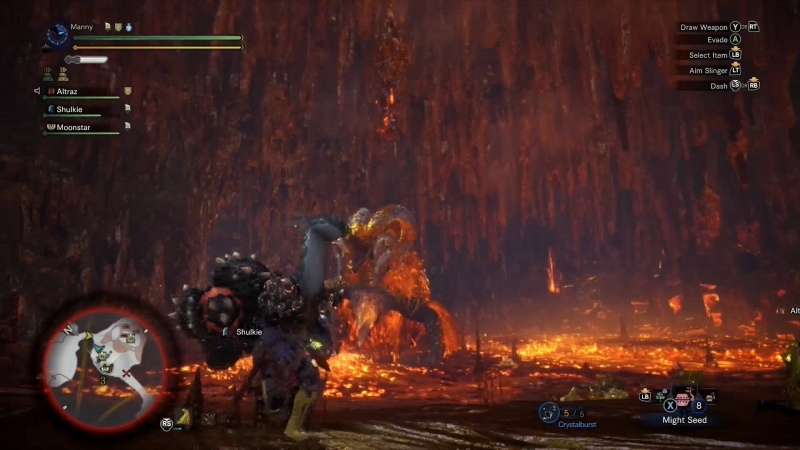 Finally, after its golden armor plating falls off, it will be fast. Molten gold will fall from the ceiling. And as always, use the environment. There is a pillar in the middle, as well as walls you can run up and jump off to try and ride the monster. This is when you attack the horns. It is the main objective. Breaking the horns will give you a successful clear and you’ll be able to carve the horns. 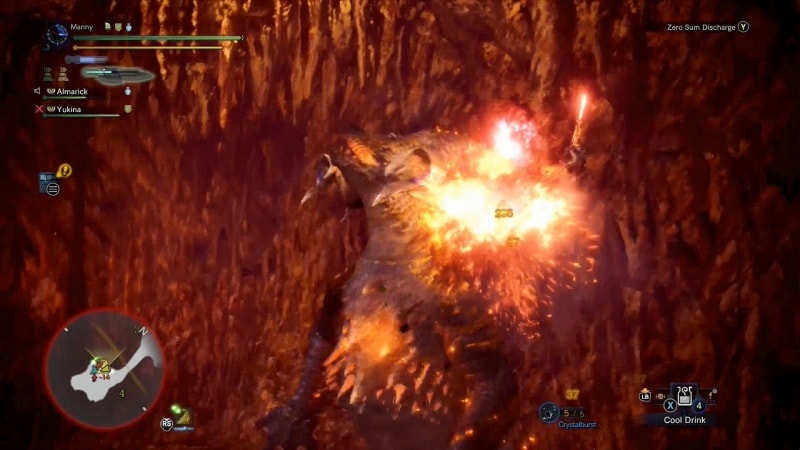 I recommend focusing on Part Breaker, Wide Range, and Heavy Artillery to be your main focus on the build. Stun Resistance can save you since the monster hits really hard. If you have the Decorations, you can add two Heavy Artillery Decorations on a weapon like the Wyvern Ignition. Any way of increasing your Affinity is also helpful. In my build, you can trade Speed Eating for Affinity Boosts, but I find it really helpful.

Part Breaker will allow you to break the parts on Kulve Taroth with more ease. Since the objective isn’t to kill it but to break its horns, it makes the fight much easier. Wide Range will be an incredible asset. Anything you consume will affect the entire party, as well. This isn’t for you to play medic, and it is incredibly handy for you to heal yourself when you need it and keep the rest of the team at full health. Also, if you eat a Might Seed, everyone in the party will also get the damage boost effects. Also, if someone manages to mount the monster, eating a Ration or a Well-Done Steak will also benefit the person riding the monster when they are low on Stamina.

Heavy Artillery, however, is only useful in the first part of the area. Though, usually here is when it’s harder to do damage to it, the Cannons really add up on damage really quickly. Here is what I run. Of course, you can tailor the build with skills you prefer. Additionally, I HIGHLY recommend the Fire Proof Mantle and the Affinity Boost. 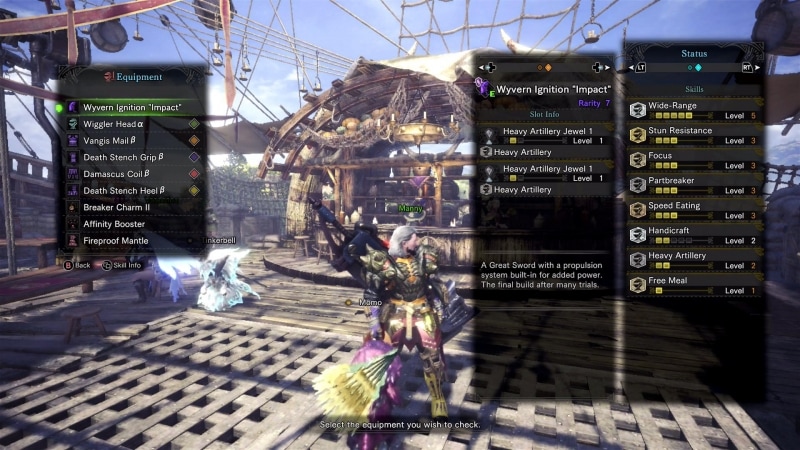 Adjust To Your Liking

The weapons are randomized and they range from rank 6 to rank 8. They are really cool and adorned in gold.

Bushi Tickets are needed to make new Palico gear. Additionally, you can turn in Bushi Tickets at the Resource Center for a new Layered Armor Set. This set is the unworn version of what people got with the Deluxe Edition.

With the new Area comes new pets. Be on the lookout for the extra rare Golden Crab, an extra Gold Hermit Helm Crab, and the fabled Tsuchinoko! They have a chance to spawn at random points of the map! Along with those super rare pets you can capture, there is also Golden Bats, regular Gold Hermit Crabs, and the Copper Crabs.

I hope everyone is enjoying this. If you haven’t done it, yet, then maybe now’s the time to get back in. The next event coming up is the Devil May Cry event that is scheduled to release later this month. I never expected Monster Hunter to be this exciting around every corner! All this gear is free and available to everyone that owns the game! If any game deserves support, it’s Monster Hunter: World.

Again, if you haven’t picked up the game yet, maybe it’s time. You can pick it up here. Doesn’t cost you anything extra and there is a small kickback to support articles like these.