Animal Crossing. Of all the sweet innocent family friendly video games out there – this one has to be one of the best. Nintendo has released their new rendition of this game for the Switch console and what can we say? This game is GREAT!

Nintendo has a unique way of being able to take a tried and tested formula add a few things to it then re-launch to normally positive feedback. Pokémon and Legend of Zelda are probably their most famous for this and, indeed, when Pokémon Sword and Shield launched in November 2019, we knew we’d be hunting for creatures to once again battle opponents and make our way through the ranks to become ‘The Champion.’ It’s tried, it’s tested and it works! Animal Crossing New Horizons is no exception. 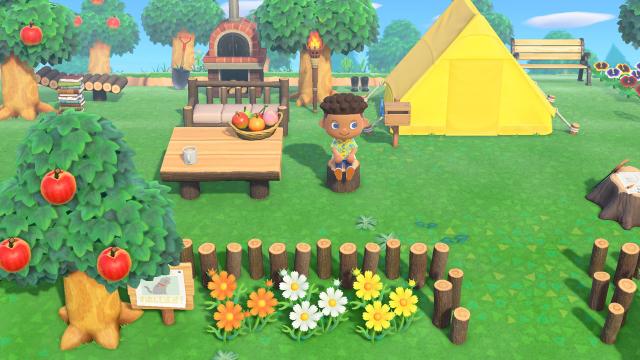 In Animal Crossing New Leaf, released in November 2012, you become mayor of a village of adorable little anthropomorphic animals. As their leader, you have to ensure the smooth running of your new town by building shops and stores and balancing your own increasing costs of housing and earning money to pay off a seemingly never-ending loan. New Horizons has taken things a step further. You and two other random campmates arrive on a deserted island owned by raccoon Tom Nook. Tom is offering holidays on said island and you and your campmates are the first to test it out. You begin with a tent… that’s literally it. From there you run around the island collecting sticks and twigs that litter the island floor and are hidden in trees. As the game progresses you learn how to make tools to harvest natural resources, which in turn, will allow you to craft better tools, to collect better materials. 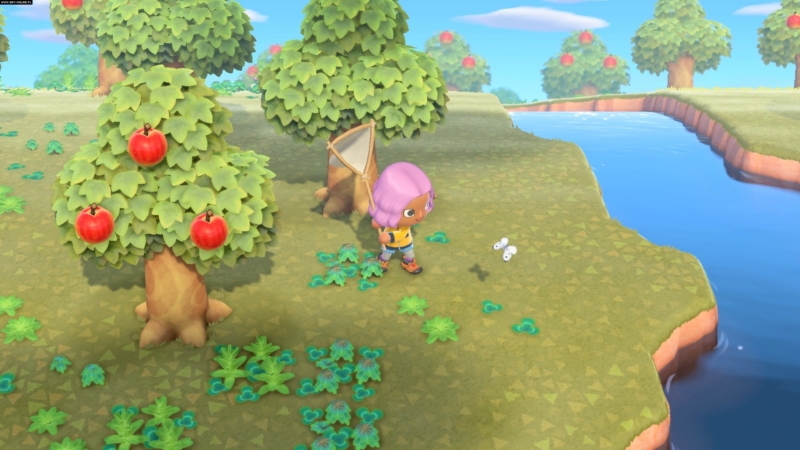 Now I’m not going to say it don’t like this game. I like it, in fact, I love it and have been playing it at every available opportunity. However, once you upgrade from your tent to a small house, the game begins to feel very much like New Leaf and within a few short days, you owe Tom Nook money for his services to your abode. So you start working on paying him back. You do this the traditional way; catching bugs, fish and fruit picking to sell on. Initially, it’s easy to do. You can sell almost anything you find on the island to earn bells (the game’s currency), but don’t expect to be doing this anytime soon… 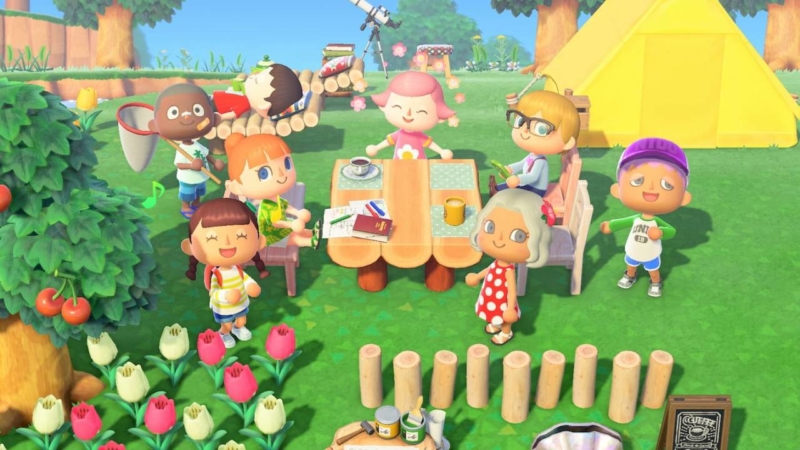 In fact, you’ll most likely be doing this. 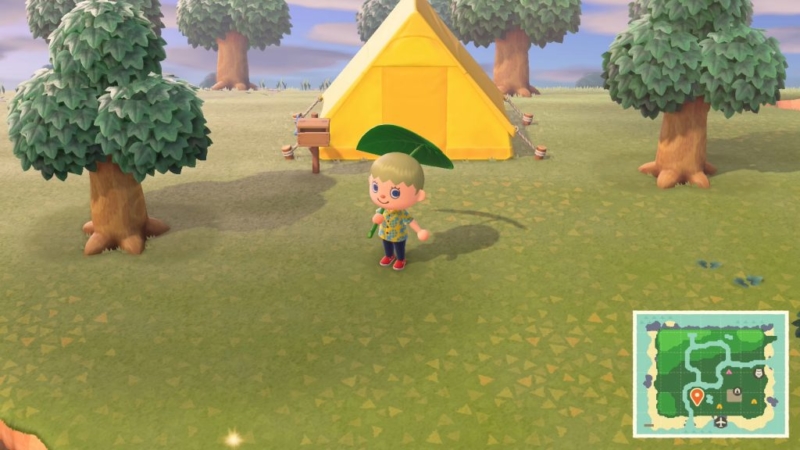 There are however some neat little features. In NL, there was a LOT of freedom… the best way I’ve heard it described is: ‘I can do all the things… so I’m not gonna do anything’ and it’s pretty accurate. New Leaf was wonderful but gave so much freedom it was impossible to know where to go and what to do next. NH has a feature called Nook Miles. These delightfully simple instructions are sent directly to your Nook Phone, (jam-packed full of other features). These small bite-sized tasks are perfect if you are not sure what to do next. Nook Miles for completed tasks hold no monetary value but you can build them up and trade them on for neat items or recipes… ah yes… recipes. 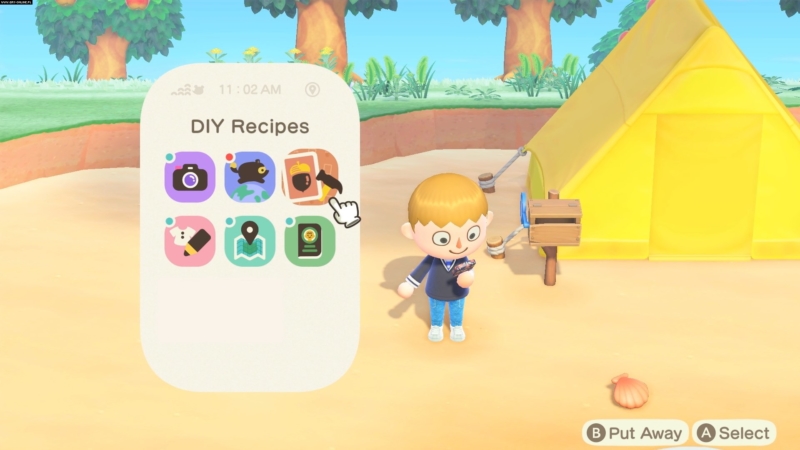 Recipes are the backbone of what New Horizons is built on (pun intended). Recipes are actually instructions on how to build things. From tools to furniture, you’ll be referring to them a lot. Some recipes are harder to come by than others, and some will be hardly used, but the collecting of items to craft them is a breath of fresh air. 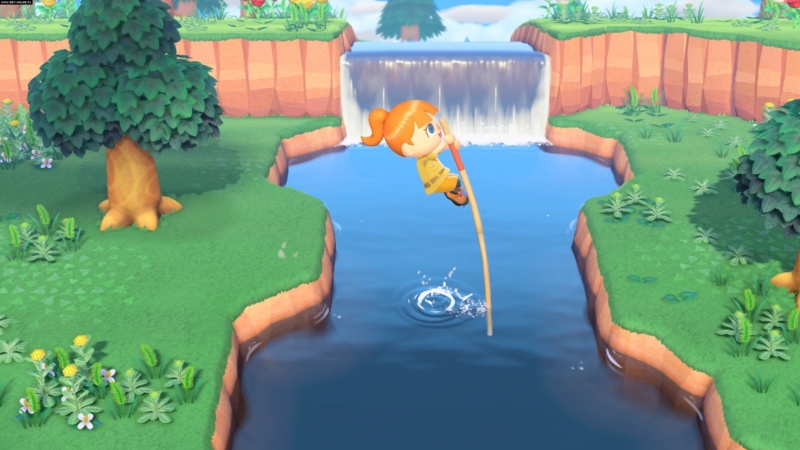 Some old favourites make a reappearance too. The adorable Timmy and Tommy return as Tom’s assistants and Blathers the knowledgeable owl, and more!  New Horizons also boasts online compatibility with up to eight people available to play together at any one time. This comes in handy, especially in the early days when you might need materials, or fruit needed to grow trees, different from the native ones on your island.

In short, Nintendo took the formula from New Leaf, gave in minimum tweaks, and a new console. This really is a good game to get into and VERY addictive. Of course, the building and collecting side of things is still the same but that’s what the game is about as you build up your island paradise. 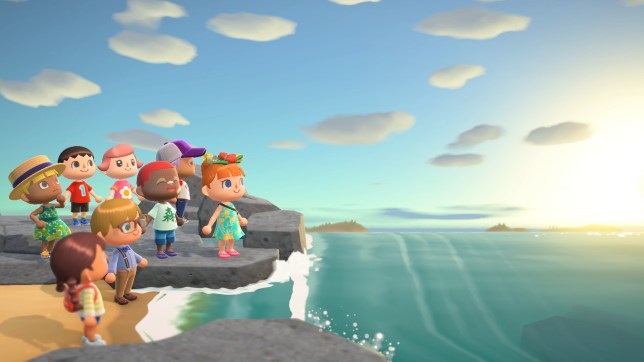 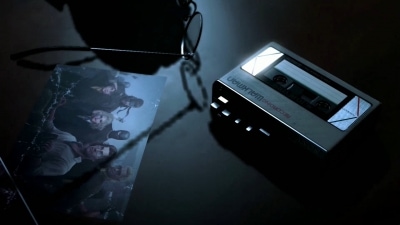 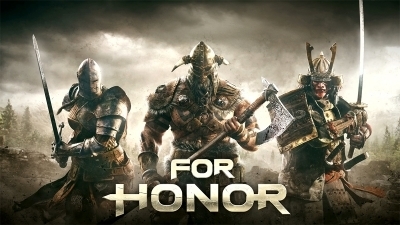